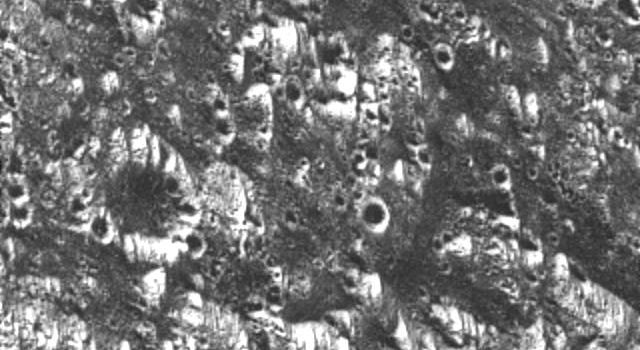 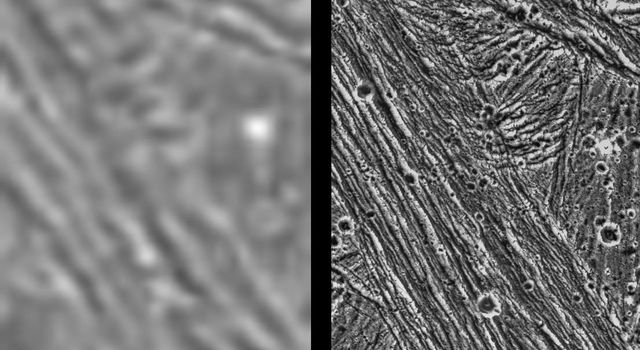 A mixture of terrains studded with a large impact crater is shown in this view of the Uruk Sulcus region of Jupiter's moon Ganymede taken by NASA's Galileo spacecraft during its first flyby of the planet-sized moon on June 27, 1996. The image shows fine details of bright areas that make up about half of the surface of Ganymede. Pock-marked, ancient, heavily cratered terrain is seen at the top; it is cut by younger, line-like structures in the lower left of the image. The bright, circular feature in the lower middle is an impact crater with some dark ejecta superimposed on the linear ridges. These types of relationships revealed by Galileo allow scientists to work out the complex geologic history of Ganymede. In this view, north is to the top and the sun illuminates the surface from the lower left nearly overhead. The area shown, at latitude 10 degrees north, longitude 168 degrees west, is about 59 by 40 kilometers (36 by 25 miles), and the resolution is 74 meters (80 yards) per picture element. The image was taken on June 27 at a range of 7,448 kilometers (4.628 miles). The Jet Propulsion Laboratory manages the Galileo mission for NASA's Office of Space Science.