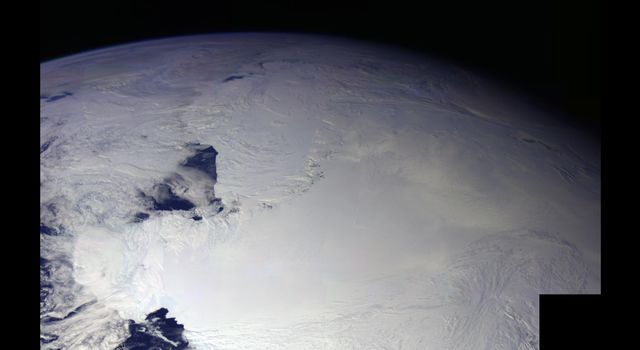 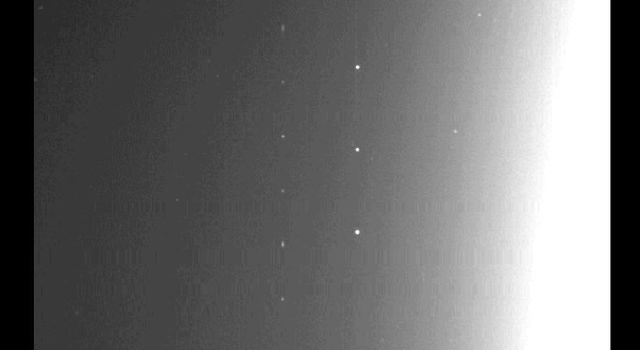 This color image of the Earth was taken by the Galileo spacecraft on December 11 as it departed on its 3-year flight to Jupiter, about 2 1/2 days after the second Earth flyby. The distance to Earth is about 1.9 million kilometers (1.2 million miles). Antarctica is visible at the bottom of the image, and dawn is rising over the Pacific Ocean. The Galileo project, whose primary mission is the exploration of the Jupiter system in 1995-97, is managed for NASA's Office of Space Science and Applications by the Jet Propulsion Laboratory.