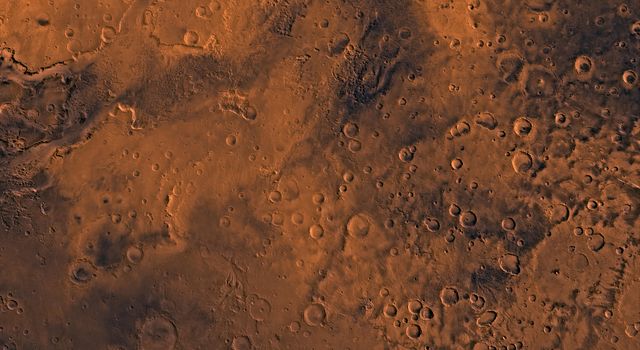 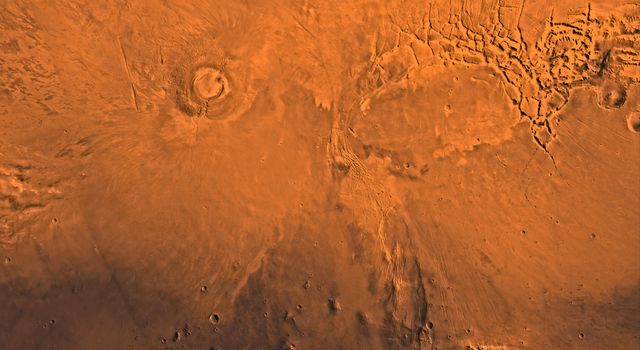 Mars digital-image mosaic merged with color of the MC-18 quadrangle, Coprates region of Mars. Moderately cratered and faulted highland ridged plains in the northern and southern parts are cut by the prominent Valles Marineris chasma system, which reaches depths of 10 km and extends in an east-southeast direction for about 2,500 km across the quadrangle. The long, central canyons appear to be large, fault-bounded rifts, whereas some of the isolated, northern canyons are the sources of large outflow channels. Latitude range -30 to 0 degrees, longitude range 45 to 90 degrees.