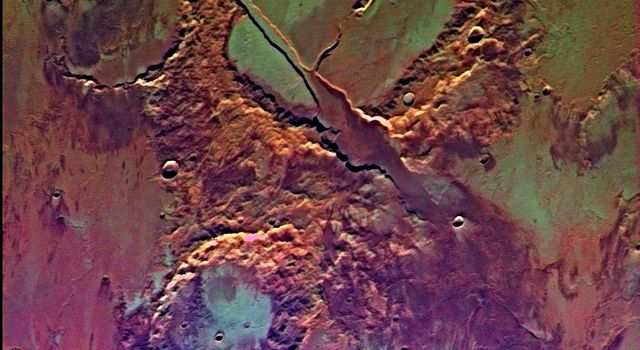 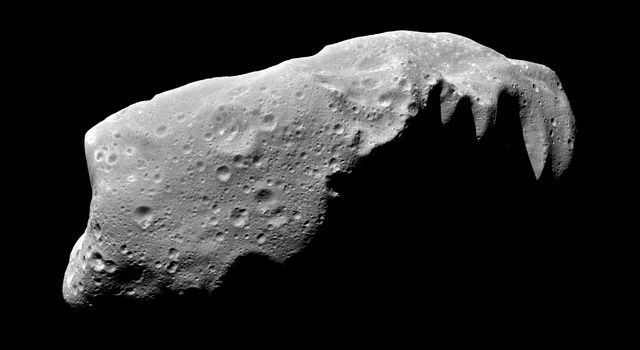 Operation of the surface sampler in obtaining Martian soil for Viking 2's molecular analysis experiment last Saturday (September 25) was closely monitored by one of the Lander cameras because of the precision required in trenching the small area--8 by 9 inches-surrounded by rocks. Dubbed 'Bonneville Salt Flats,' the exposure of thin crust appeared unique in contrast with surrounding materials and became a prime target for organic analysis in spite of potential hazards. Large rock in foreground is 8 inches high. At left, the sampler scoop has touched the surface, missing the rock at upper left by a comfortable 6 inches, and the backhoe has penetrated the surface about one-half inch. The scoop was then pulled back to sample the desired point and (second photo) the backhoe furrowed the surface pulling a piece of thin crust toward the spacecraft. The initial touchdown and retraction sequence was used to avoid a collision between a rock in the shadow of the arm and a plate joining the arm and scoop. The rock was cleared by 2 to 3 inches. The third picture was taken 8 minutes after the scoop touched the surface and shows that the collector head has acquired a quantity of soil. With surface sampler withdrawn (right), the foot-long trench is seen between the rocks. The trench is three inches wide and about 1 1/2 to 2 inches deep. The scoop reached to within 3 inches of the rock at far end of trench. Penetration appears to have left a cavernous opening roofed by the crust and only about one inch of undisturbed crust separates the deformed surface and the rock.