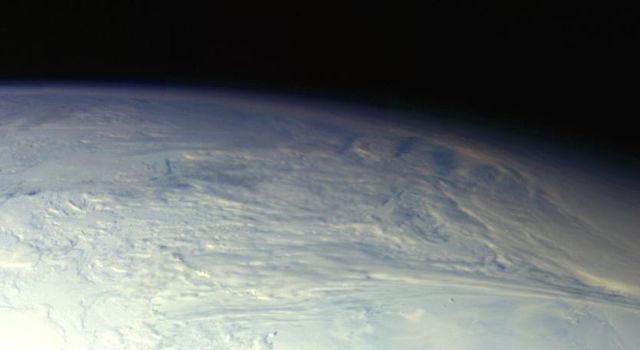 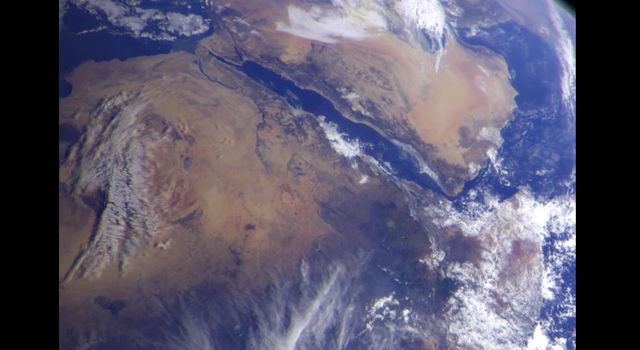 On December 16, 1992, 8 days after its encounter with Earth, the Galileo spacecraft looked back from a distance of about 6.2 million kilometers (3.9 million miles) to capture this remarkable view of the Moon in orbit about Earth. The composite photograph was constructed from images taken through visible (violet, red) and near-infrared (1.0-micron) filters. The Moon is in the foreground; its orbital path is from left to right. Brightly colored Earth contrasts strongly with the Moon, which reacts only about one-third as much sunlight as our world. To improve the visibility of both bodies, contrast and color have been computer enhanced. At the bottom of Earth's disk, Antarctica is visible through clouds. The Moon's far side can also be seen. The shadowy indentation in the Moon's dawn terminator--the boundary between its dark and lit sides--is the South Pole-Aitken Basin, one of the largest and oldest lunar impact features. This feature was studied extensively by Galileo during the first Earth flyby in December 1990.