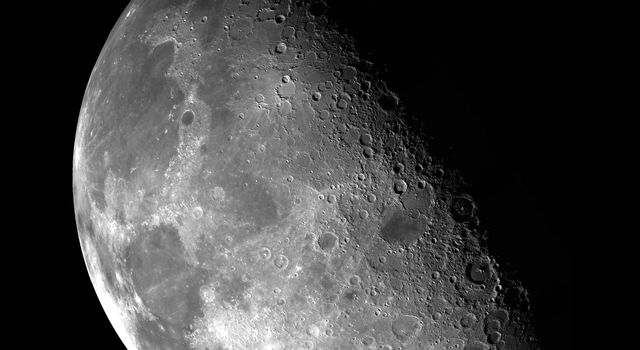 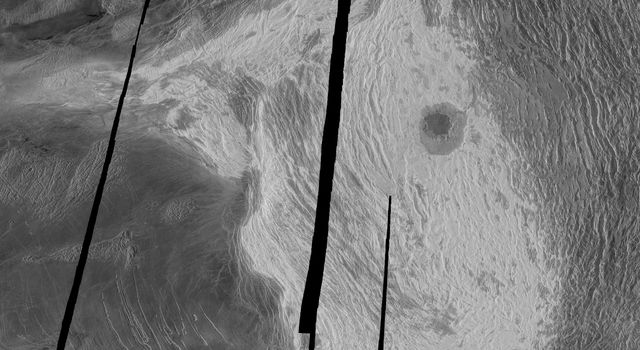 This mosaic picture of the Moon was compiled from 18 images taken with a green filter by Galileo's imaging system during the spacecraft's flyby on December 7, 1992, some 11 hours before its Earth flyby at 1509 UTC (7:09 a.m. Pacific Standard Time) December 8. The north polar region is near the top part of the mosaic, which also shows Mare Imbrium, the dark area on the left; Mare Serenitatis at center; and Mare Crisium, the circular dark area to the right. Bright crater rim and ray deposits are from Copernicus, an impact crater 96 kilometers (60 miles) in diameter. Computer processing has exaggerated the brightness of poorly illuminated features near the day/night terminator in the polar regions, giving a false impression of high reflectivity there. The digital image processing was done by DLR the German aerospace research establishment near Munich, an international collaborator in the Galileo mission. The Galileo project, whose primary mission is the exploration of the Jupiter system in 1995-97, is managed for NASA's Office of Space Science and Applications by the Jet Propulsion Laboratory.