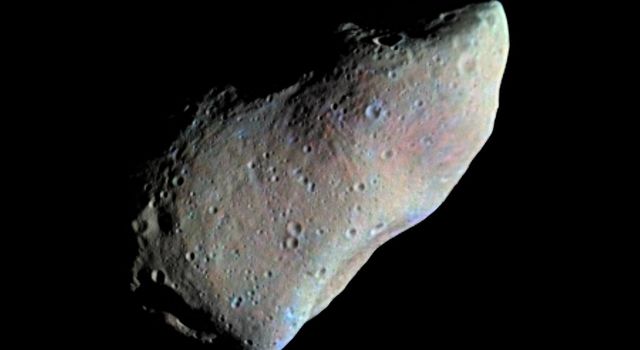 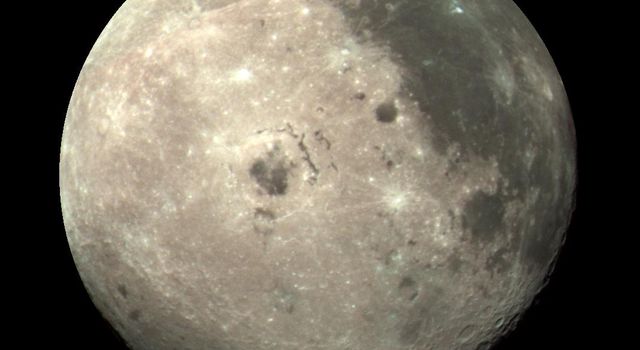 This spectacular Magellan image is centered on 30 degrees south latitude, 135 degrees east longitude, spans 3500 kilometers (2170 miles) from east to west (left to right), and shows the near-circular trough of Artemis Chasma. Its circular shape and size (2100 km or 1302 miles in diameter) make Artemis the largest corona identified to date on the surface of Venus. Artemis could encompass most of the U.S. from the Front Range of the Rockies (near Denver) to the West Coast and is approximately twice the diameter of the next-smaller corona Heng-O. Coronae are characterized by a ring of concentric features surrounding an interior which typically contains fractures of varying orientations and volcanic features ranging from individual flows and small (<20 kilometer [ 12 mile]) volcanoes up to large (>100 kilometers [62 mile]) shield volcanoes. Artemis contains complex systems of fractures, numerous flows and small volcanoes, and at least two impact craters, the larger of which is located in the lower left (southwest) quadrant of the feature. The ring of fractures that defines Artemis forms a steep trough with raised rims approximately 120 kilometers (74 miles) wide and with as much as 2.5 kilometers (1.6 miles) of relief from the rim crest to the bottom of the trough. Most coronae are thought to be related to upwelling of hot material from the interior of Venus in the form of plumes or diapirs, and Artemis may be an extensional trough related to such an upwelling event. Raised-rim troughs are most commonly found to be extensional features (those formed by forces which tend to pull apart the crust and lithosphere of a planet) but the unusual size and circularity of Artemis have led to the alternate suggestion that it may be a zone of intense compression and underthrusting, similar to oceanic subduction zones on Earth. Magellan scientists are currently examining this feature in detail to determine which, if either, of these hypotheses is correct.