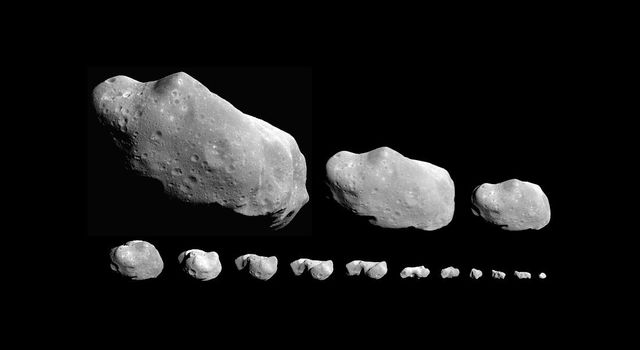 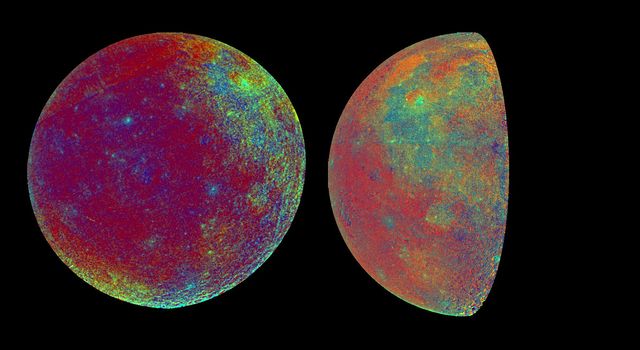 These pictures of the Moon were taken by NASA's Galileo spacecraft at (right photo) 6:47 p.m. PST Dec.8, 1990 from a distance of almost 220,000 miles, and at (left photo) 9:35 a.m. PST Dec. 9, 1990 at a range of more than 350,000 miles. The picture on the right shows the dark Oceanus Procellarum in the upper center, with Mare Imbrium above it and the smaller circular Mare Humorum below. The Orientale Basin, with a small mare in its center, is on the lower left near the limb or edge. Between stretches the cratered highland terrain, with scattered bright young craters on highlands and maria alike. The picture at left shows the globe of the Moon rotated, putting Mare Imbrium on the eastern limb and moving the Orientale Basin almost to the center. The extent of the cratered highlands on the far side is very apparent. At lower left, near the limb, is the South Pole Aitken basin, similar to Orientale but very much older and some 1,200 miles in diameter. This feature was previously known as a large depression in the southern far side; this image shows its Orientale like structure and darkness relative to surrounding highlands.