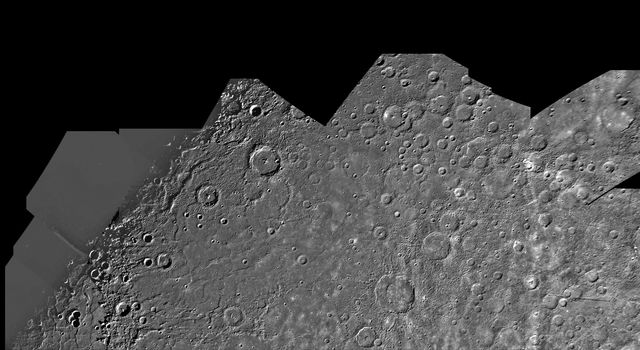 Mercury: Photomosaic of the Shakespeare Quadrangle (Northern Half) H-3 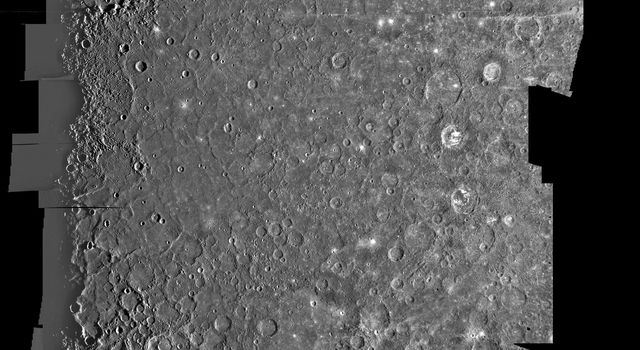 This computer generated photomosaic from Mariner 10 is of the southern half of Mercury's Shakespeare Quadrangle, named for the ancient Shakespeare crater located on the upper edge to the left of center. This portion of the quadrangle covers the geographic region from 20 to 45 degrees north latitude and from 90 to 180 degrees longitude. The photomosaic was produced using computer techniques and software developed in the Image Processing Laboratory of NASA's Jet Propulsion Laboratory. The pictures have been high-pass filtered and contrast enhanced to accentuate surface detail, and geometrically transformed into a Lambert conformal projection.

Well defined bright streaks or ray systems radiating away from craters constitute another distinctive feature of the Mercurian surface, remarkably similar to the Moon. The rays cut across and are superimposed on all other surface features, indicating that the source craters are the youngest topographic features on the surface of Mercury.

The Mariner 10 mission was managed by the Jet Propulsion Laboratory for NASA's Office of Space Science.