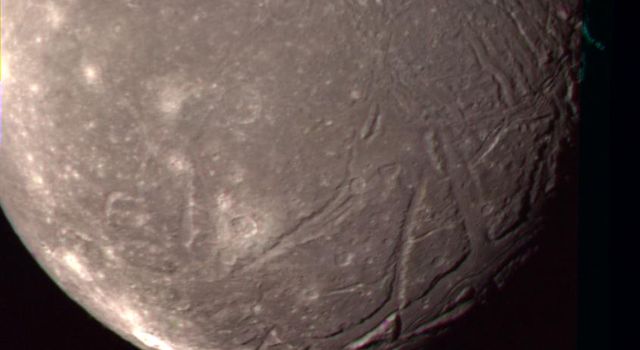 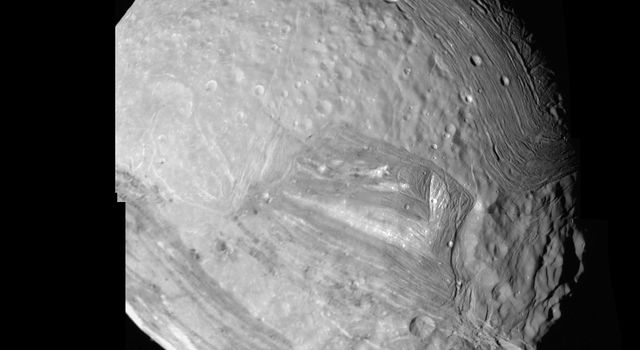 This color composite of the Uranian satellite Miranda was taken by Voyager 2 on Jan. 24, 1986, from a distance of 147,000 kilometers (91,000 miles). This picture was constructed from images taken through the narrow-angle camera's green, violet and ultraviolet filters. It is the best color view of Miranda returned by Voyager. Miranda, just 480 km (300 mi) across, is the smallest of Uranus' five major satellites. Miranda's regional geologic provinces show very well in this view of the southern hemisphere, imaged at a resolution of 2.7 km (1.7 mi). The dark- and bright-banded region with its curvilinear traces covers about half of the image. Higher-resolution pictures taken later show many fault valleys and ridges parallel to these bands. Near the terminator (at right), another system of ridges and valleys abuts the banded terrain; many impact craters pockmark the surface in this region. The largest of these are about 30 km (20 mi) in diameter; many more lie in the range of 5 to 10 km (3 to 6 mi) in diameter. The Voyager project is managed for NASA by the Jet Propulsion Laboratory.