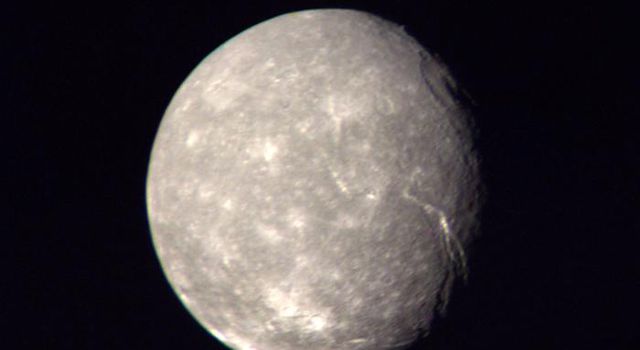 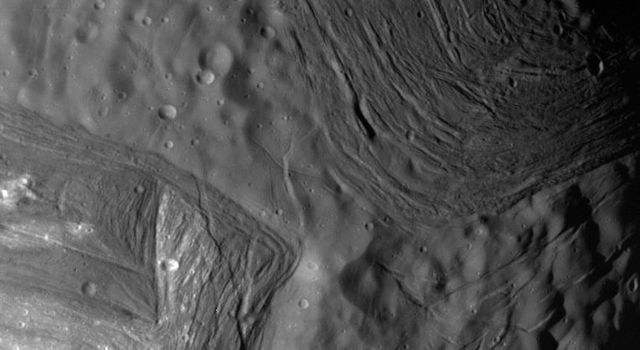 This picture is part of the highest-resolution Voyager 2 imaging sequence of Ariel, a moon of Uranus about 1,300 kilometers (800 miles) in diameter. The clear-filter, narrow-angle image was taken Jan. 24, 1986, from a distance of 130,000 km (80,000 mi). The complexity of Ariel's surface indicates that a variety of geologic processes have occurred. The numerous craters, for example, are indications of an old surface bombarded by meteoroids over a long period. Also conspicuous at this resolution, about 2.4 km (1.5 mi), are linear grooves (evidence of tectonic activity that has broken up the surface) and smooth patches (indicative of deposition of material). The Voyager project is managed for NASA by the Jet Propulsion Laboratory.