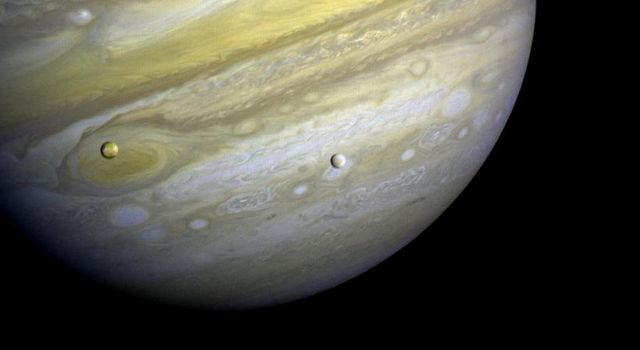 Jupiter with Satellites Io and Europa 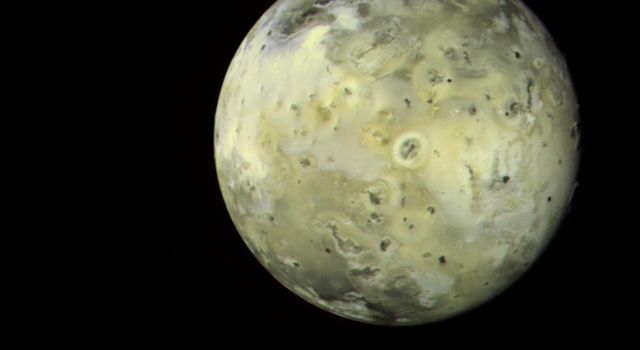 NASA's Voyager 2 took this 'true color' photograph of Saturn on July 21, 1981, when the spacecraft was 33.9 million kilometers (21 million miles) from the planet. Two bright, presumably convective cloud patterns are visible in the mid-northern hemisphere and several dark spoke-like features can be seen in the broad B-ring (left of planet). The moons Rhea and Dione appear as blue dots to the south and southeast of Saturn, respectively. Voyager 2 made its closest approach to Saturn on Aug. 25, 1981. The Voyager project is managed for NASA by the Jet Propulsion Laboratory, Pasadena, Calif.