Sixteen years after its launch on Oct. 6, 1990, the Ulysses spacecraft has begun its third "solar polar orbit" -- a journey around the poles of the sun. The mission, a joint NASA-European Space Agency venture, studies how the sun's gaseous outer atmosphere spews into space, creating huge space storms. This violent "space weather," in turn, can affect Earth's electricity, satellite and cell phone communications.

Observations by previous spacecraft viewed the sun from its equator. Ulysses is the first mission to move out of that plane and maneuver into an orbit that allows it to study the sun's poles. That view gives a more complete perspective of the sun's atmosphere.


Transcript: "All the previous spacecraft that have been flown, either to study the sun, the solar wind, cosmic rays, or to study planets have been restricted to the solar equator. But it's been known for a long time, since the very start of the space age, that there would be a great deal of benefit in being able to make three-dimensional measurements basically, to escape out of the solar equator, find out what's going on in regions that are very difficult to study, and so it was decided that this Ulysses mission would do that."

2 - Smith on why it's important to study the sun's activity and the space storms it triggers.
Play audio
Length: 15 seconds
Transcript: "They affect our space technology, such things as communications satellites, weather satellites. We are dependent to a large extent on satellite technology, to say nothing of people suddenly finding they can't watch their favorite TV program."

3 - Smith on past effects of the sun on Earth.
Play audio
Length: 14 seconds
Transcript: "In the past, some of the large solar flares have produced blackouts in major parts of the United States and elsewhere, so that huge systems, including power systems, can be affected."

More information on the Ulysses mission and its new polar orbit is at: https://www.jpl.nasa.gov/missions/ulysses/ . 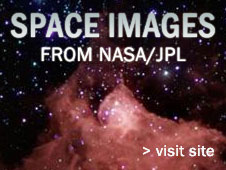