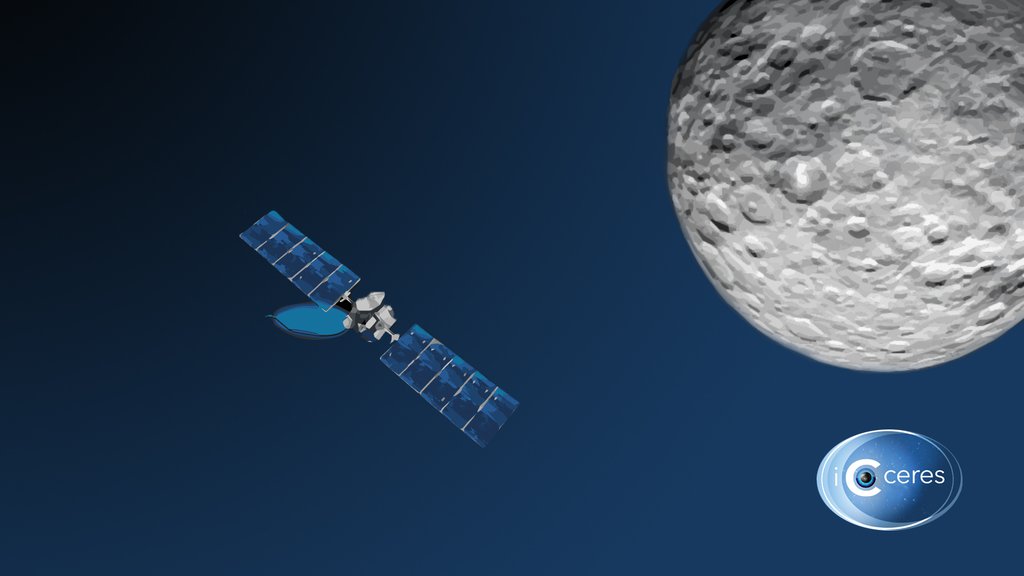 NASA's Dawn mission will celebrate the exploration of Ceres with a festival called "I C Ceres" on May 9. Events will take place in multiple cities, with a flagship event, including a live webcast, in Pasadena, California.
Credit: NASA/JPL-Caltech

NASA's Dawn mission will host the flagship event for its "I C Ceres" space festival at the California Institute of Technology in Pasadena on Saturday, May 9, from 10 a.m. to 4:30 p.m.

NASA's Dawn mission will host the flagship event for its "I C Ceres" space festival at the California Institute of Technology in Pasadena on Saturday, May 9, from 10 a.m. to 4:30 p.m. The free event is intended for all ages.

The first part of the event, an outdoor space expo, will take place at Caltech's Beckman Auditorium Mall from 10 a.m. to 2 p.m. Visitors can take a tour of our solar system, with booths featuring NASA missions, and learn how NASA communicates with spacecraft beyond Earth orbit. Live educational stage demonstrations will take place every 30 minutes. Additional attractions include meteorites, rover wheels and other space hardware available to touch; virtual walks on the moon, Mars and asteroid Vesta; and face painting. Food will be available for purchase at onsite food trucks.

The talks, including a panel discussion about icy worlds, asteroids and comets, will also be broadcast live via Ustream at:

Other I C Ceres events are being hosted by museums, planetariums, universities and individuals in the U.S. and abroad.

More information about the I C Ceres event is available at:

Dawn's mission is managed by JPL, a division of the California Institute of Technology in Pasadena, for NASA's Science Mission Directorate in Washington. Dawn is a project of the directorate's Discovery Program, managed by NASA's Marshall Space Flight Center in Huntsville, Alabama. UCLA is responsible for overall Dawn mission science. Orbital ATK, Inc., in Dulles, Virginia, designed and built the spacecraft. The German Aerospace Center, the Max Planck Institute for Solar System Research, the Italian Space Agency and the Italian National Astrophysical Institute are international partners on the mission team. For a complete list of acknowledgements, visit: