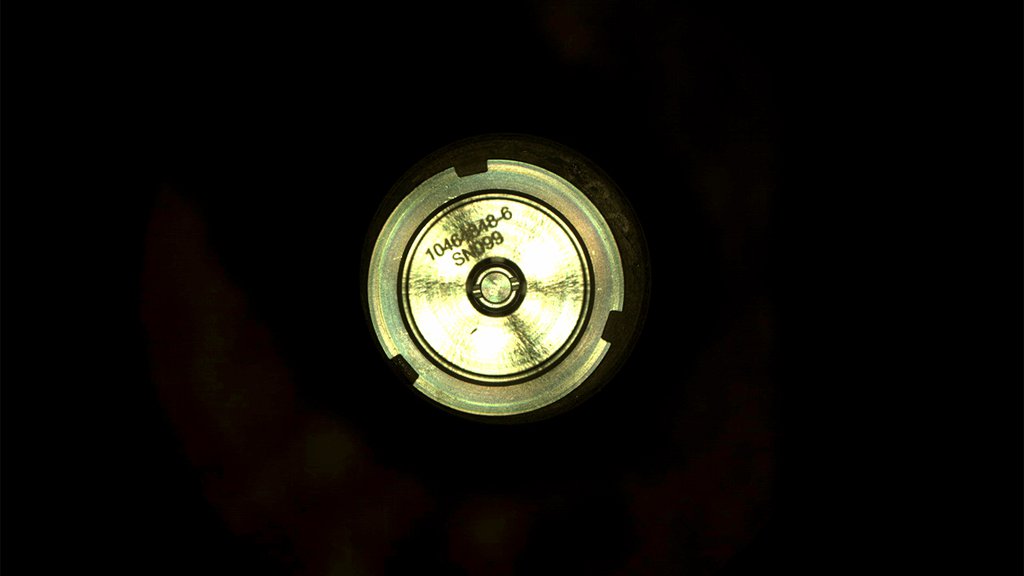 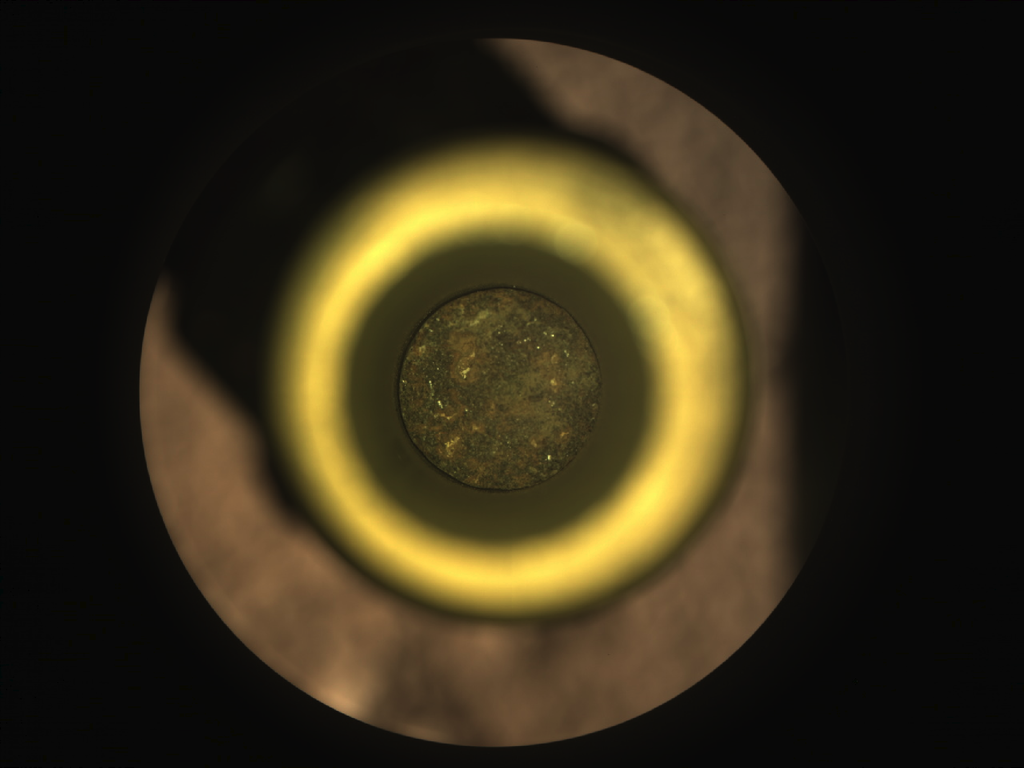 Perseverance’s first cored-rock sample of Mars rock is seen inside its titanium container tube in this image taken by the rover’s Sampling and Caching System Camera (known as CacheCam). 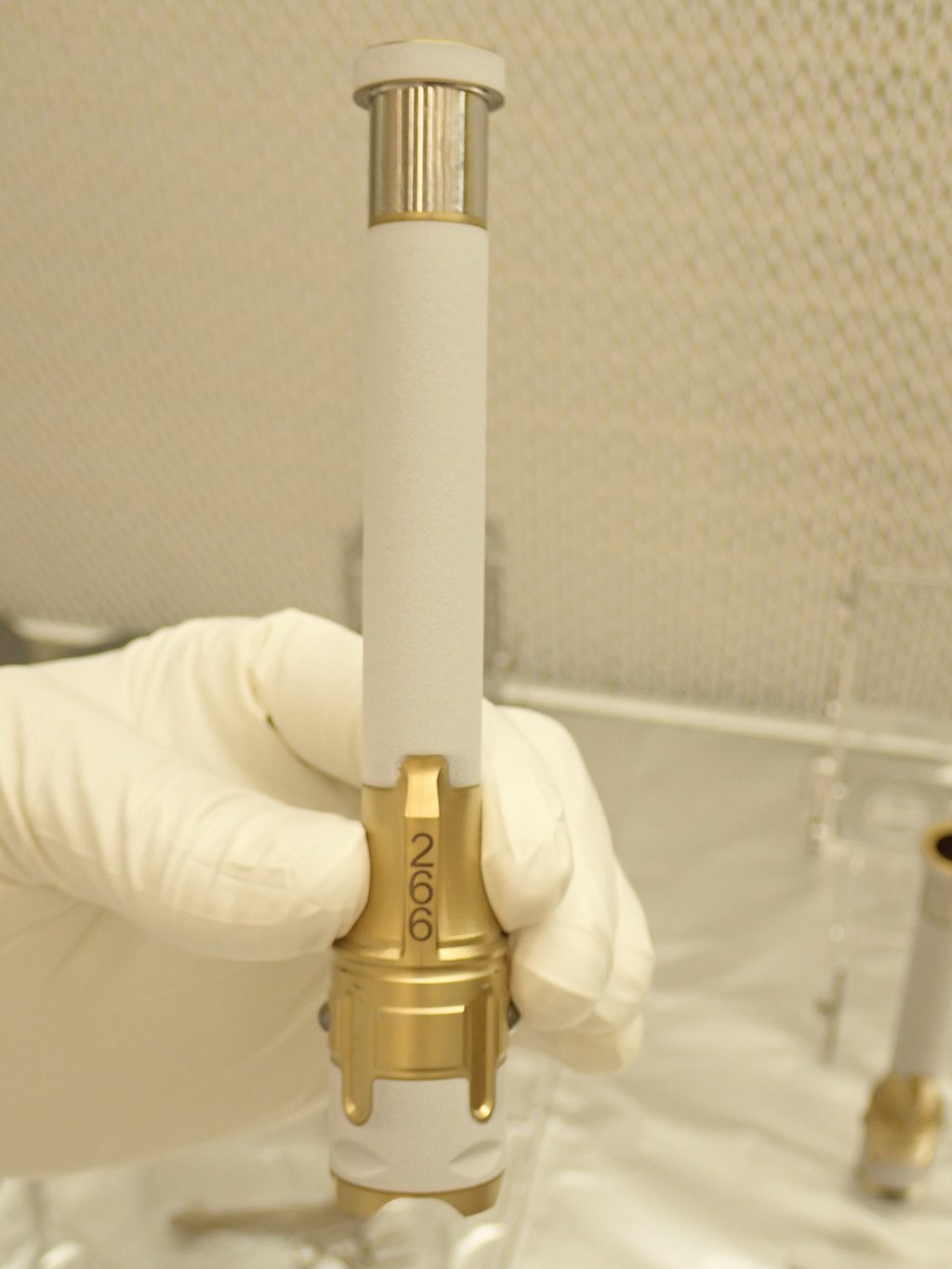 Sample tube number 266 was used to collect the first sample of Martian rock by NASA’s Perseverance rover. The laser-etched serial number helps science team identify the tubes and their contents.

The rock core is now enclosed in an airtight titanium sample tube, and will be available for retrieval in the future.

The core is now enclosed in an airtight titanium sample tube, making it available for retrieval in the future. Through the Mars Sample Return campaign, NASA and ESA (European Space Agency) are planning a series of future missions to return the rover’s sample tubes to Earth for closer study. These samples would be the first set of scientifically identified and selected materials returned to our planet from another.

“NASA has a history of setting ambitious goals and then accomplishing them, reflecting our nation’s commitment to discovery and innovation,” said NASA Administrator Bill Nelson. “This is a momentous achievement and I can’t wait to see the incredible discoveries produced by Perseverance and our team.”

Along with identifying and collecting samples of rock and regolith (broken rock and dust) while searching for signs of ancient microscopic life, Perseverance’s mission includes studying the Jezero region to understand the geology and ancient habitability of the area, as well as to characterize the past climate.

“For all of NASA science, this is truly a historic moment,” said Thomas Zurbuchen, associate administrator for science at NASA Headquarters in Washington. “Just as the Apollo Moon missions demonstrated the enduring scientific value of returning samples from other worlds for analysis here on our planet, we will be doing the same with the samples Perseverance collects as part of our Mars Sample Return program. Using the most sophisticated science instruments on Earth, we expect jaw-dropping discoveries across a broad set of science areas, including exploration into the question of whether life once existed on Mars.”

The sample-taking process began on Wednesday, Sept. 1, when the rotary-percussive drill at the end of Perseverance’s robotic arm cored into a flat, briefcase-size Mars rock nicknamed “Rochette.”

After completing the coring process, the arm maneuvered the corer, bit, and sample tube so the rover’s Mastcam-Z camera instrument could image the contents of the still-unsealed tube and transmit the results back to Earth. After mission controllers confirmed the cored rock’s presence in the tube, they sent a command to complete processing of the sample.

Today, at 12:34 a.m. EDT, Perseverance transferred sample tube serial number 266 and its Martian cargo into the rover’s interior to measure and image the rock core. It then hermetically sealed the container, took another image, and stored the tube.

“With over 3,000 parts, the Sampling and Caching System is the most complex mechanism ever sent into space,” said Larry D. James, interim director of JPL. “Our Perseverance team is excited and proud to see the system perform so well on Mars and take the first step for returning samples to Earth. We also recognize that a worldwide team of NASA, industry partners, academia, and international space agencies contributed to and share in this historic success.”

Perseverance is currently exploring the rocky outcrops and boulders of “Artuby,” a ridgeline of more than a half-mile (900 meters) bordering two geologic units believed to contain Jezero Crater’s deepest and most ancient layers of exposed bedrock.

“Getting the first sample under our belt is a huge milestone,” said Perseverance Project Scientist Ken Farley of Caltech. “When we get these samples back on Earth, they are going to tell us a great deal about some of the earliest chapters in the evolution of Mars. But however geologically intriguing the contents of sample tube 266 will be, they won’t tell the complete story of this place. There is a lot of Jezero Crater left to explore, and we will continue our journey in the months and years ahead.”

The rover’s initial science foray, which spans hundreds of sols (Martian days), will be complete when Perseverance returns to its landing site. At that point, Perseverance will have traveled between 1.6 and 3.1 miles (2.5 and 5 kilometers) and may have filled as many as eight of its 43 sample tubes.

After that, Perseverance will travel north, then west, toward the location of its second science campaign: Jezero Crater’s delta region. The delta is the fan-shaped remains of the spot where an ancient river met a lake within the crater. The region may be especially rich in clay minerals. On Earth, such minerals can preserve fossilized signs of ancient microscopic life and are often associated with biological processes.

The Mars 2020 Perseverance mission is part of NASA’s Moon to Mars exploration approach, which includes Artemis missions to the Moon that will help prepare for the first human exploration mission to the Red Planet.