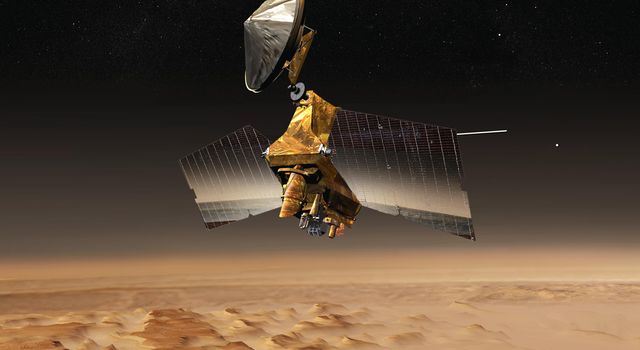 Designed to dig for water ice on Mars with a robotic arm, the Mars Polar Lander would have been the first-ever spacecraft to land on a polar region of the Red Planet. It carried two probes called Deep Space 2 that were designed to impact the Martian surface and test new technologies.

Contact was lost with both the Mars Polar Lander and Deep Space 2 about a year after launch. An investigation found that it was mostly likely a false signal that the spacecraft had landed that shut down the main engines and caused the spacecraft to crash into the Martian surface.