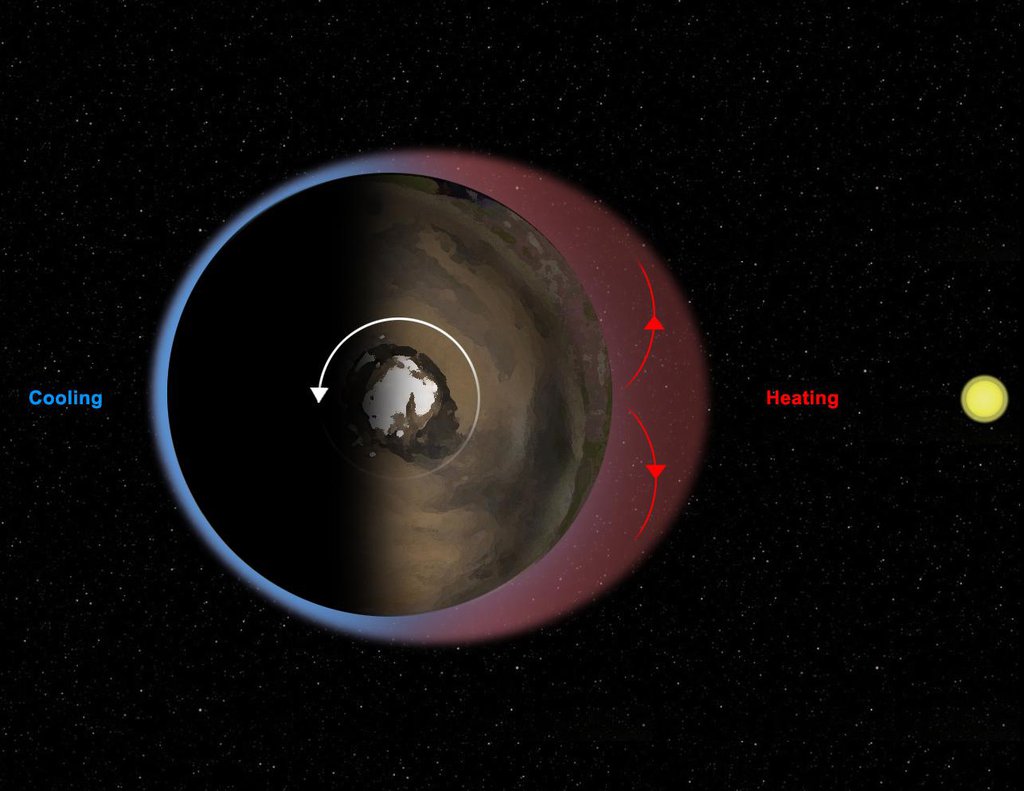 This diagram illustrates Mars' "thermal tides," a weather phenomenon responsible for large, daily variations in pressure at the Martian surface. Sunlight heats the surface and atmosphere on the day side of the planet, causing air to expand upwards. At higher levels in the atmosphere, this bulge of air then expands outward, to the sides, in order to equalize the pressure around it, as shown by the red arrows. Air flows out of the bulge, lowering the pressure of air felt at the surface below the bulge. The result is a deeper atmosphere, but one that is less dense and has a lower pressure at the surface, than that on the night side of the planet. As Mars rotates beneath the sun, this bulge moves across the planet each day, from east to west. A fixed observer, such as NASA's Curiosity rover, measures a decrease in pressure during the day, followed by an increase in pressure at night. The precise timing of the increase and decrease are affected by the time it takes the atmosphere to respond to the sunlight, as well as a number of other factors including the shape of the planet's surface and the amount of dust in the atmosphere.