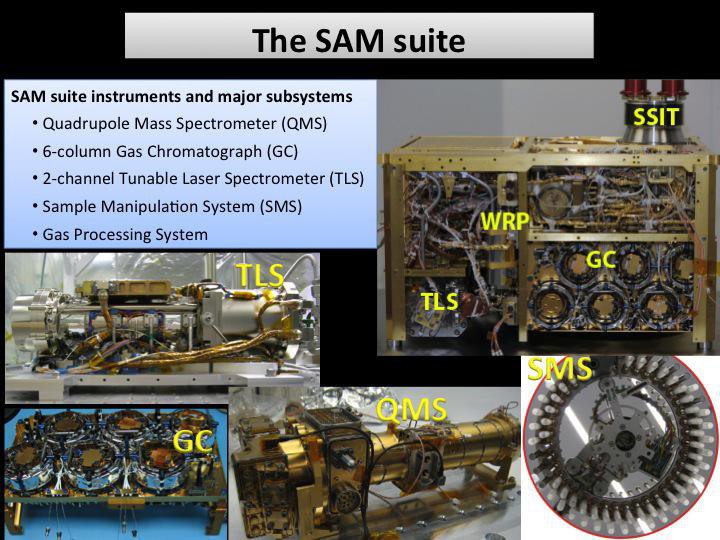 SAM analyzes the gases in the Martian atmosphere and those evolved from heating the solid samples of scooped soil and drilled rock material. It provides information about the composition, abundance and isotopes of the sample.