Sentinel-6A in Its Clean Room 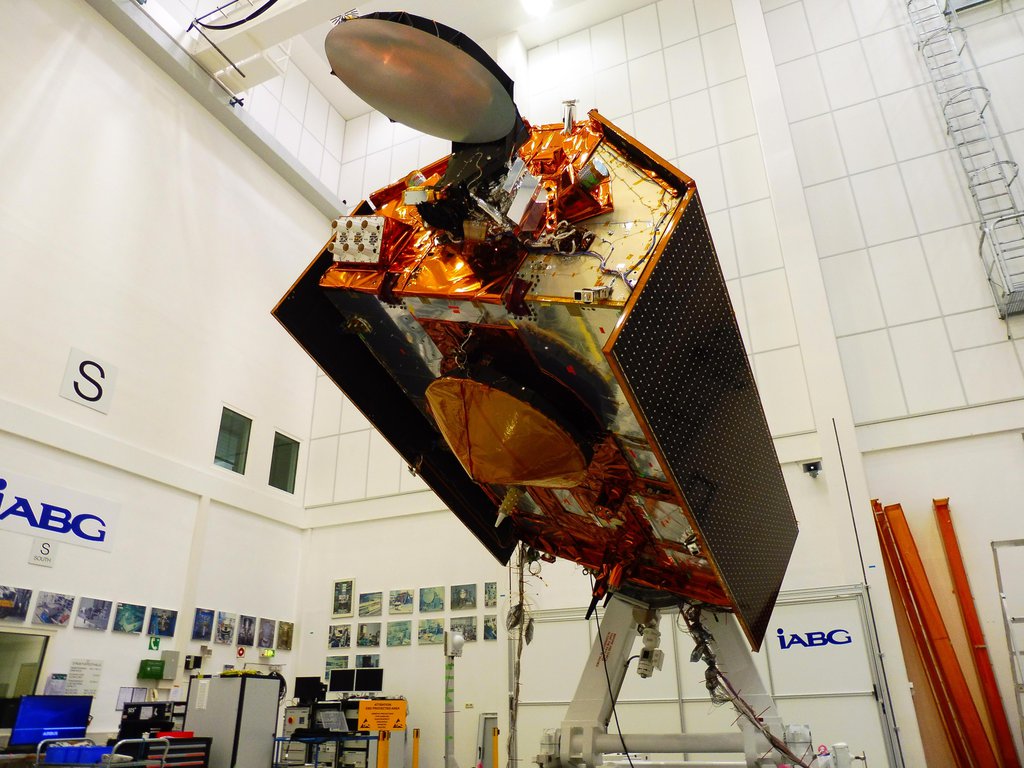 The Sentinel-6A spacecraft sits in its clean room in Germany's IABG space test center. The satellite is being prepared for a scheduled launch in November 2020 from Vandenberg Air Force Base in California.

The spacecraft is part of Sentinel-6/Jason-CS, a 10-year mission by U.S and European agencies that will continue to study rising sea levels. The mission consists of two identical satellites, Sentinel-6A and Sentinel-6B, launching five years apart and follows in the footsteps of four other joint U.S.-European satellite missions — TOPEX/Poseidon and Jason-1, Ocean Surface Topography/Jason-2, and Jason-3 — that over the past three decades have documented Earth's oceans rising by an average of 0.1 inches (3 millimeters) per year.

Sentinel-6/Jason-CS will study not just sea level change but also changes in ocean circulation, climate variability such as El Niño and La Niña, and weather patterns, including hurricanes and storms. It is being jointly developed by the European Space Agency (ESA), the European Organisation for the Exploitation of Meteorological Satellite (EUMETSAT), NASA and the National Oceanic and Atmospheric Administration (NOAA) with funding support from the European Commission and support from France's National Centre for Space Studies (CNES). NASA's contributions to the Sentinel-6 mission are science instrument payloads for the two Sentinel-6 satellites, launch services for those satellites, ground systems supporting the science instruments operations and support for the international Ocean Surface Topography Science Team.