Sedimentary Signs of a Martian Lakebed 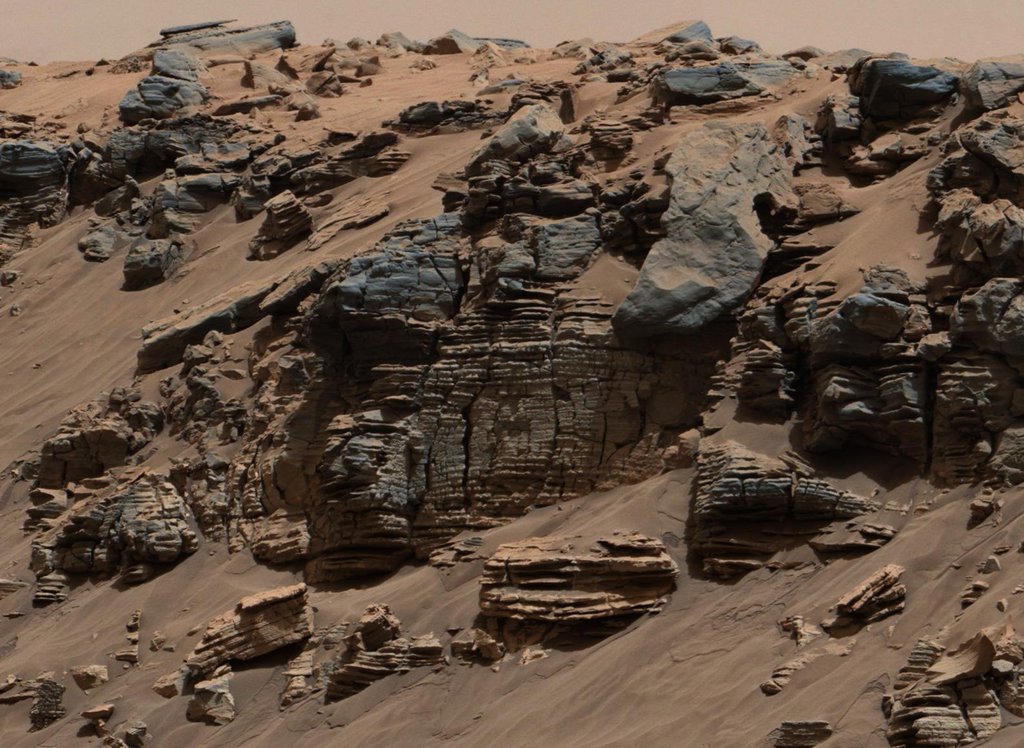 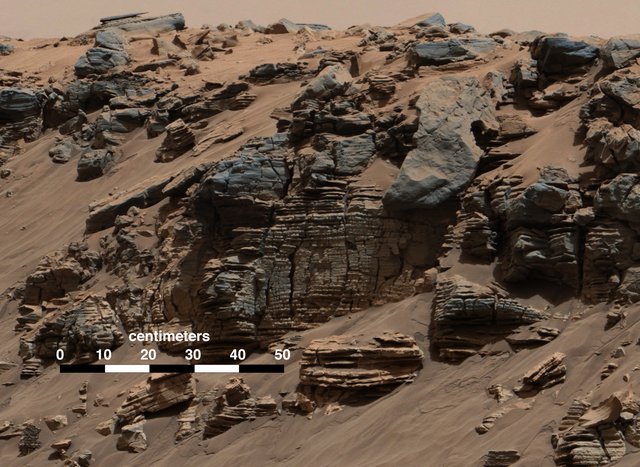 This evenly layered rock photographed by the Mast Camera (Mastcam) on NASA's Curiosity Mars Rover shows a pattern typical of a lake-floor sedimentary deposit not far from where flowing water entered a lake.

The scene combines multiple frames taken with Mastcam's right-eye camera on Aug. 7, 2014, during the 712th Martian day, or sol, of Curiosity's work on Mars. It shows an outcrop at the edge of "Hidden Valley," seen from the valley floor. This view spans about 5 feet (1.5 meters) across in the foreground. The color has been approximately white-balanced to resemble how the scene would appear under daytime lighting conditions on Earth. Figure 1 is a version with a superimposed scale bar of 50 centimeters (about 20 inches).

This is an example of a thick-laminated, evenly-stratified rock type that forms stratigraphically beneath cross-bedded sandstones regarded as ancient river deposits. These rocks are interpreted to record sedimentation in a lake, as part of or in front of a delta, where plumes of river sediment settled out of the water column and onto the lake floor.