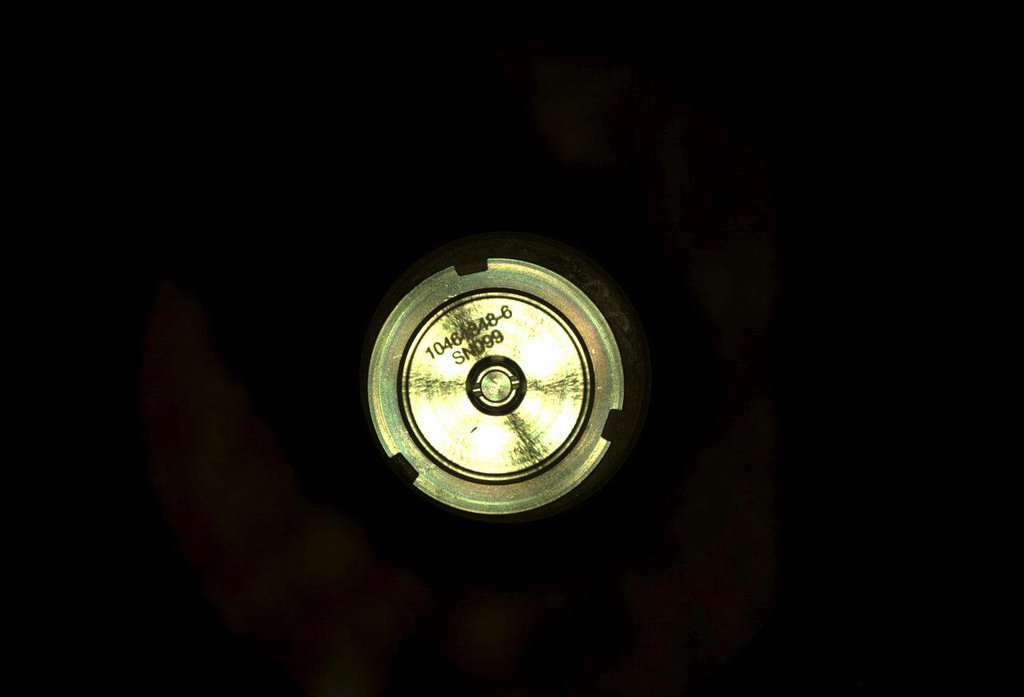 The first cored sample of Mars rock acquired by NASA's Perseverance rover is sealed inside its titanium container tube in this image taken by rover's Sampling and Caching System Camera (known as CacheCam). The image was taken on Sept. 6, 2021 (the 194th sol, or Martian day, of the mission), after the seal was attached and hermetically fixed in place onto the tube. The seal's item and serial numbers can be seen near the center of the disk.

An additional set of images shows the tube before and after sealing. Perseverance engineers designed a visual check to confirm the hermetic seal. The distance between the two rings outside the item and serial numbers increases.