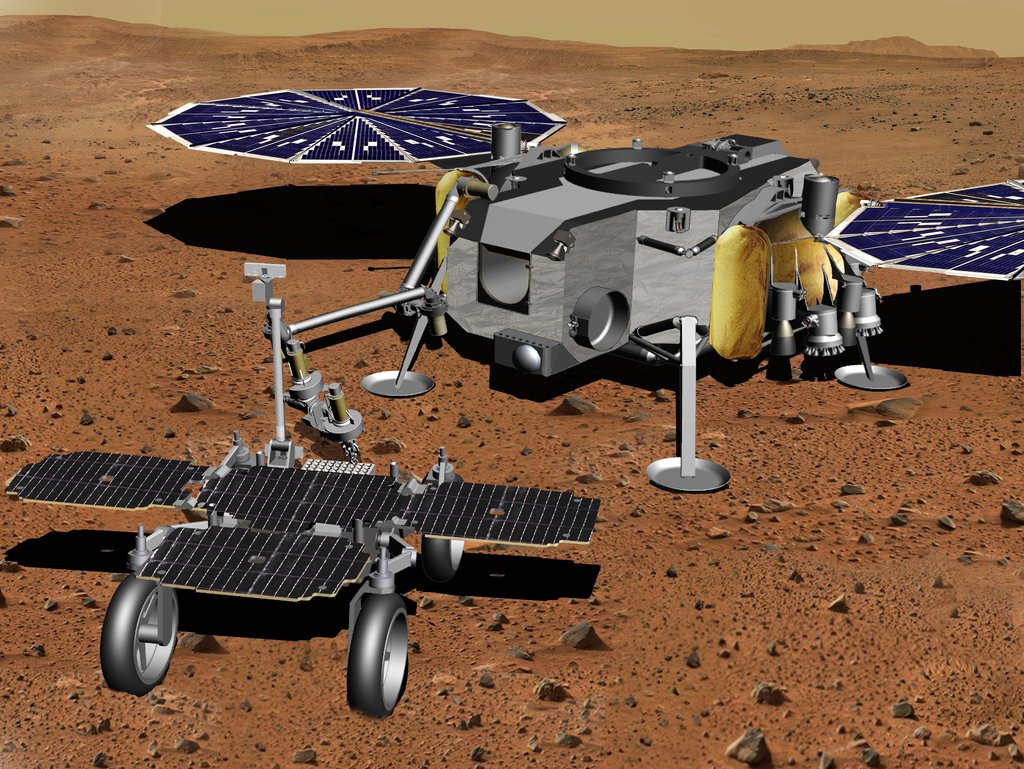 In this illustration of a Mars sample return mission concept, a robotic arm transfers samples of Martian rock and soil from a fetch rover onto a lander.