Planck's View of the Whole Sky 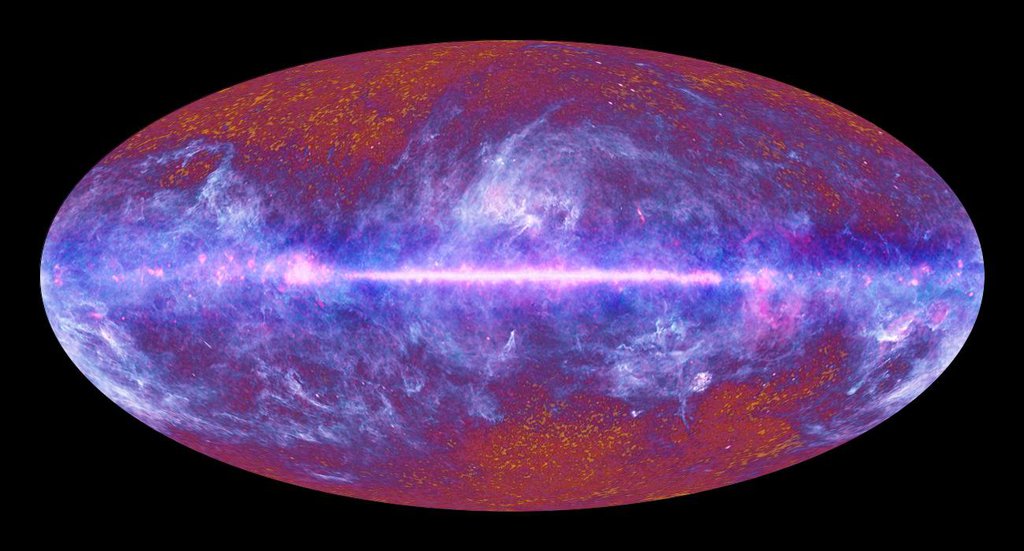 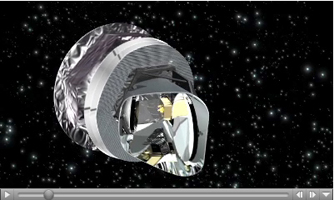 This image of the microwave sky was synthesized using data spanning the range of light frequencies detected by Planck. These low frequencies, which cannot be seen with the human eye, cover the range of 30 to 857 gigahertz.

The grainy structure of the cosmic microwave background, with its tiny temperature fluctuations reflecting the density variations from which the cosmic web of our universe originated, is clearly visible in the high-latitude regions of the map.

A vast portion of the sky, extending well above and below the galactic plane, is dominated by the diffuse emission from gas and dust in our Milky Way galaxy. While the galactic foreground hides the cosmic microwave background signal from our view, it also highlights the extent of our galaxy's large-scale structure.

Although the two main components of the microwave sky appear to be separable only in certain areas, a foreground removal over the entire sky is possible thanks to sophisticated image analysis techniques, which have been developed by the Planck scientific teams. These techniques rely on the observatory's unique frequency coverage and the unprecedented accuracy of its measurements.

This image is derived from data collected by Planck during its first all-sky survey, and covers about 12 months of observations.

The movie shows the Planck spacecraft surveying the whole sky for radiation left over from the Big Bang. It begins with an artist's conception of Planck, then shows the space telescope mapping out strips of the sky.