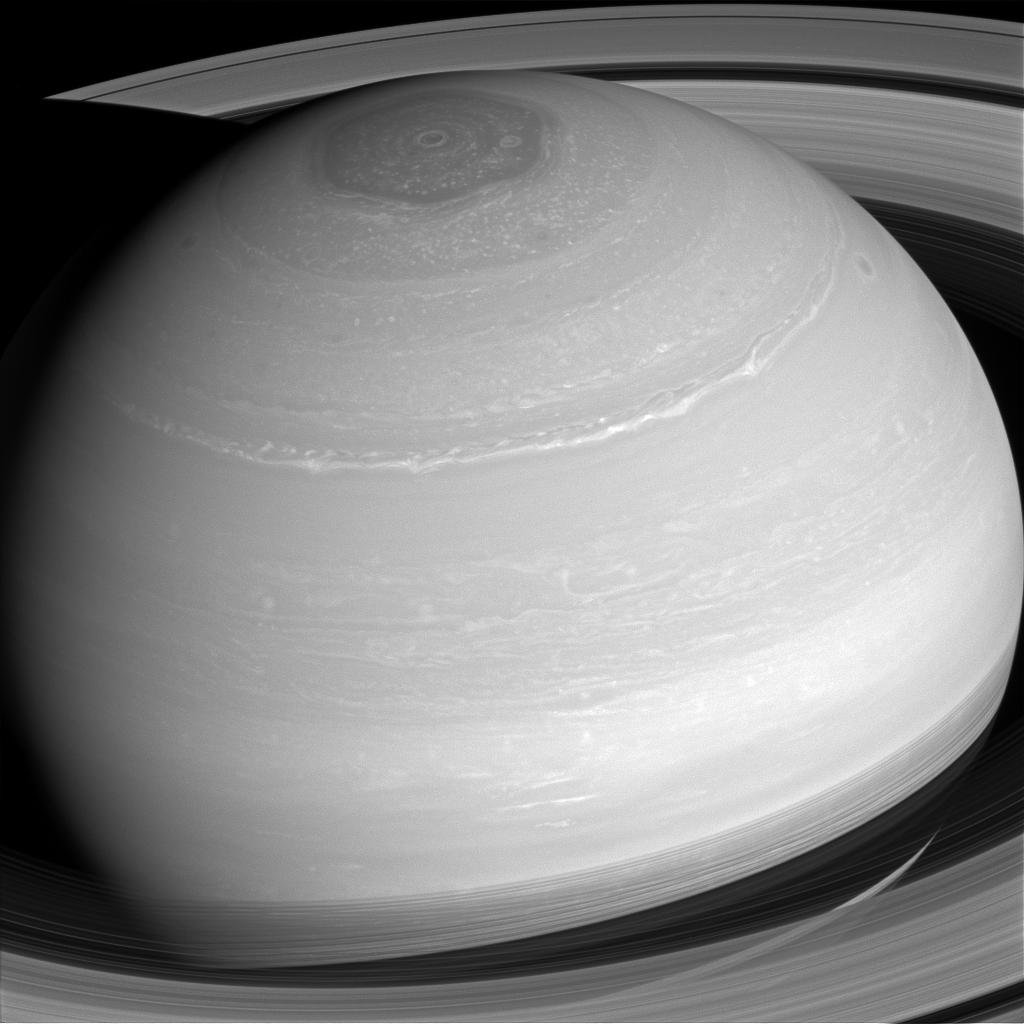 Saturn's many cloud patterns, swept along by high-speed winds, look as if they were painted on by some eager alien artist.

With no real surface features to slow them down, wind speeds on Saturn can top 1,100 mph (1,800 kph), more than four times the top speeds on Earth.

This view looks toward the sunlit side of the rings from about 29 degrees above the ringplane. The image was taken with the Cassini spacecraft wide-angle camera on April 4, 2014 using a spectral filter which preferentially admits wavelengths of near-infrared light centered at 752 nanometers.

The view was obtained at a distance of approximately 1.1 million miles (1.8 million kilometers) from Saturn. Image scale is 68 miles (109 kilometers) per pixel.