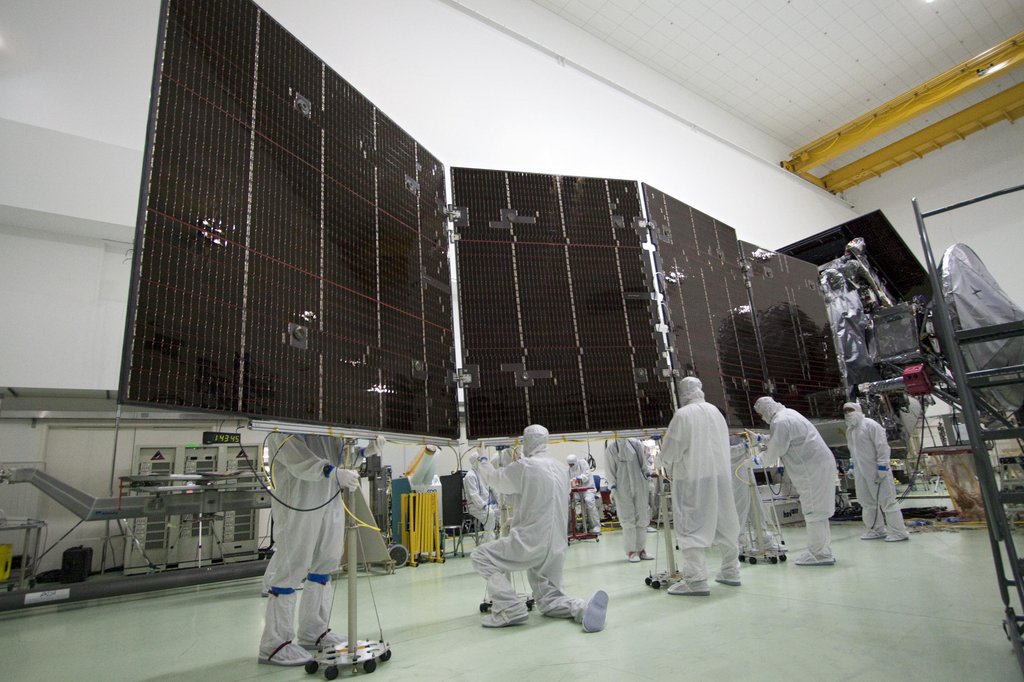 In this image technicians stow for launch solar array #2 for NASA's Juno spacecraft. The photo was taken on May 20, 2011 at the Astrotech payload processing facility in Titusville, Fla. NASA's Juno spacecraft is scheduled to launch aboard an Atlas V rocket from Cape Canaveral, Fla. Aug. 5.The solar-powered spacecraft will orbit Jupiter's poles 33 times to find out more about the gas giant's origins, structure, atmosphere and magnetosphere and investigate the existence of a solid planetary core.