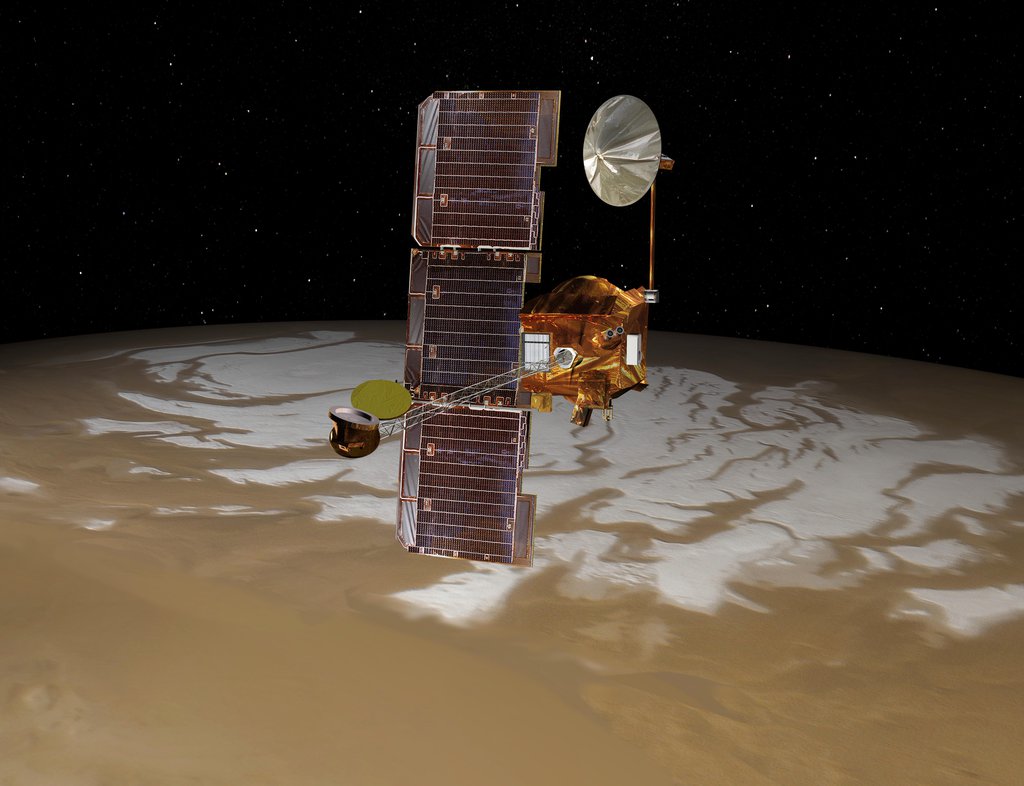 NASA's Mars Odyssey spacecraft passes above Mars' south pole in this artist's concept illustration. The spacecraft has been orbiting Mars since October 24, 2001.

NASA's Jet Propulsion Laboratory manages the Mars Odyssey mission for the NASA Office of Space Science, Washington, D.C. Investigators at Arizona State University in Tempe, the University of Arizona in Tucson, and NASA's Johnson Space Center, Houston, operate the science instruments. The gamma-ray spectrometer was provided by the University of Arizona in collaboration with the Russian Aviation and Space Agency and Institute for Space Research, which provided the high-energy neutron detector, and the Los Alamos National Laboratories, New Mexico, which provided the neutron spectrometer. Lockheed Martin Space Systems, Denver, is the prime contractor for the project, and developed and built the orbiter. Mission operations are conducted jointly from Lockheed Martin and from JPL, a division of the California Institute of Technology in Pasadena.