Not Your Father's Asteroid 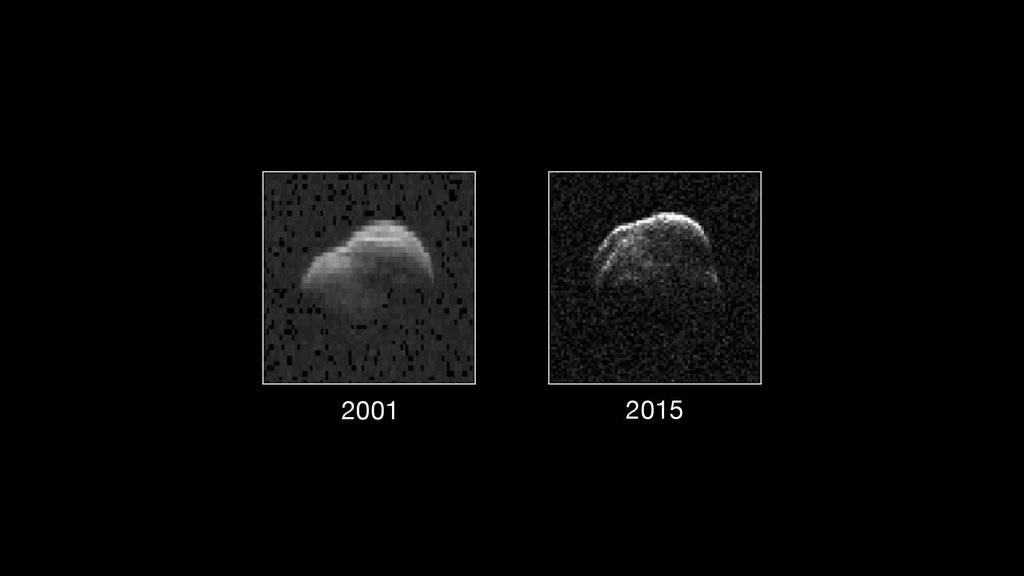 The 2015 radar image was obtained using the same DSS-14 antenna at Goldstone to transmit high-power microwaves toward the asteroid. However, this time, the radar echoes bounced off the asteroid were received by the National Radio Astronomy Observatory's 100-meter (330-foot) Green Bank Telescope in West Virginia.