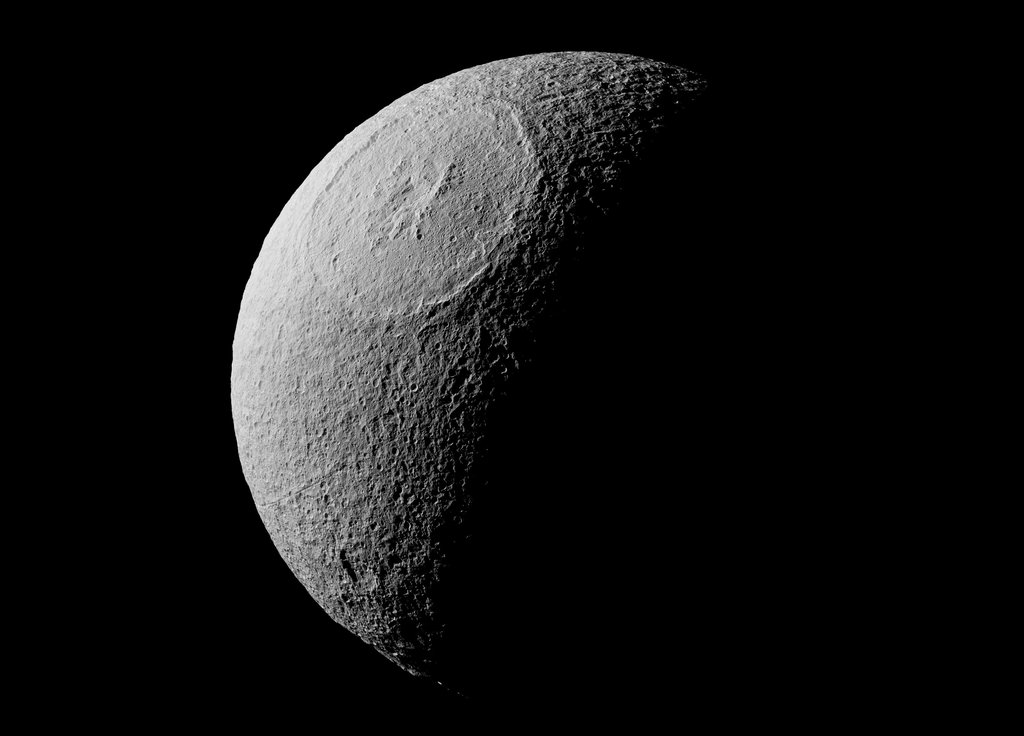 The most visually striking feature on Saturn's icy moon Tethys is Odysseus crater. An enormous impact created the crater, which is about 280 miles (450 kilometers) across, with its ring of steep cliffs and the mountains that rise at its center. Odysseus is on the leading hemisphere of Tethys (1,071 kilometers, or 665 miles across). In this image, north on Tethys is up.

This view is a composite of several images taken in visible light with the Cassini spacecraft narrow-angle camera on Aug. 17, 2015, at a distance of about 28,000 miles (44,500 kilometers) from Tethys.