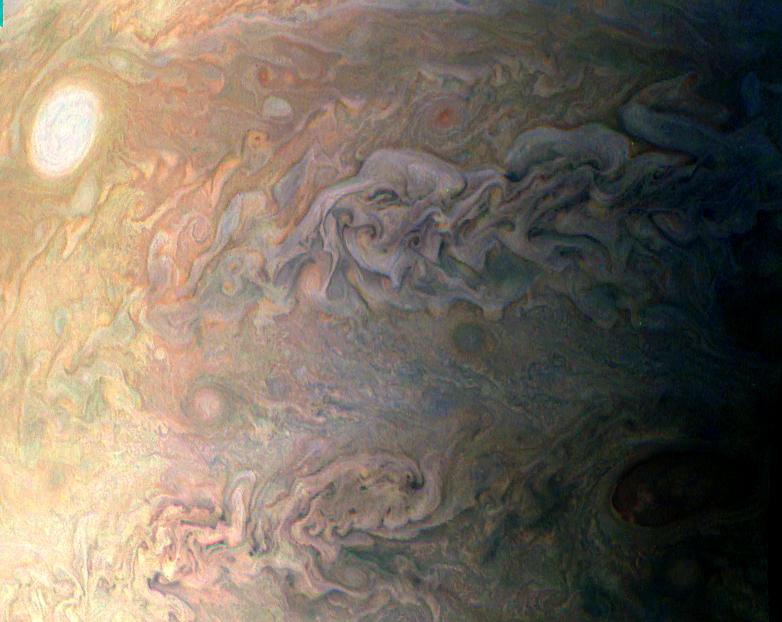 The citizen scientist (Eric Jorgensen) cropped the JunoCam image and enhanced the color to draw attention to Jupiter's swirling clouds southeast of the "pearl." The "pearl" is one of eight massive rotating storms at 40 degrees south latitude on Jupiter, known colloquially as the "string of pearls." The processing of this image highlights the turbulence of the clouds in the south temperate belt of the planet.