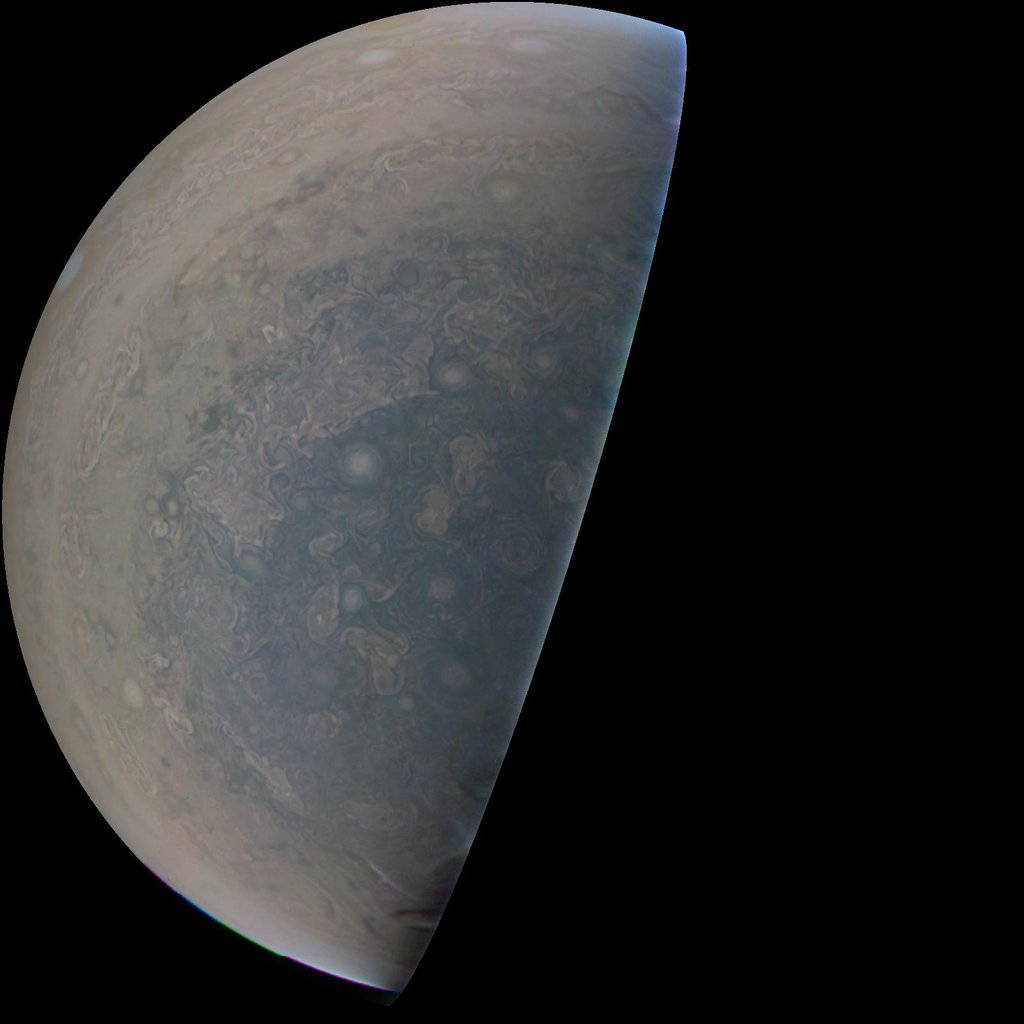 Cyclones swirl around the south pole, and white oval storms can be seen near the limb -- the apparent edge of the planet -- in this image of Jupiter's south polar region taken by the JunoCam imager aboard NASA's Juno spacecraft. The image was acquired on February 2, 2017, at 5:52 a.m. PST (8:52 a.m. EST) from an altitude of 47,600 miles (76,600 kilometers) above Jupiter's swirling cloud deck.

Prior to the Feb. 2 flyby, the public was invited to vote for their favorite points of interest in the Jovian atmosphere for JunoCam to image. The point of interest captured here was titled "Jovian Antarctica" by a member of the public, in reference to Earth's Antarctica.

All of JunoCam's images from the Feb. 2, 2017, flyby of Jupiter are online at http://www.missionjuno.swri.edu/junocam/processing?phases%5b%5d=PERIJOVE+4.