Ingenuity's View from its Fifth Flight 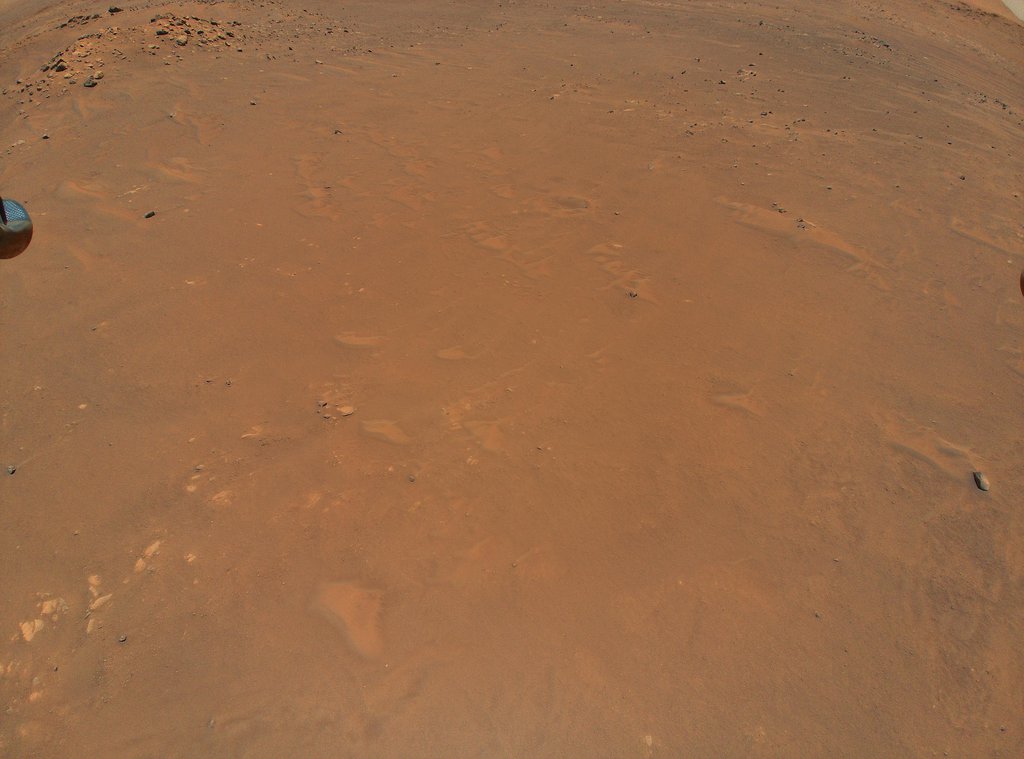 NASA's Ingenuity Mars Helicopter took this color image from an altitude of 33 feet (10 meters) during its fifth flight on May 7, 2021. This was the helicopter's first one-way flight, and it settled down at a new landing location 423 feet (129 meters) south of its previous location at Wright Brothers Field. The contrast has been enhanced to show surface details.