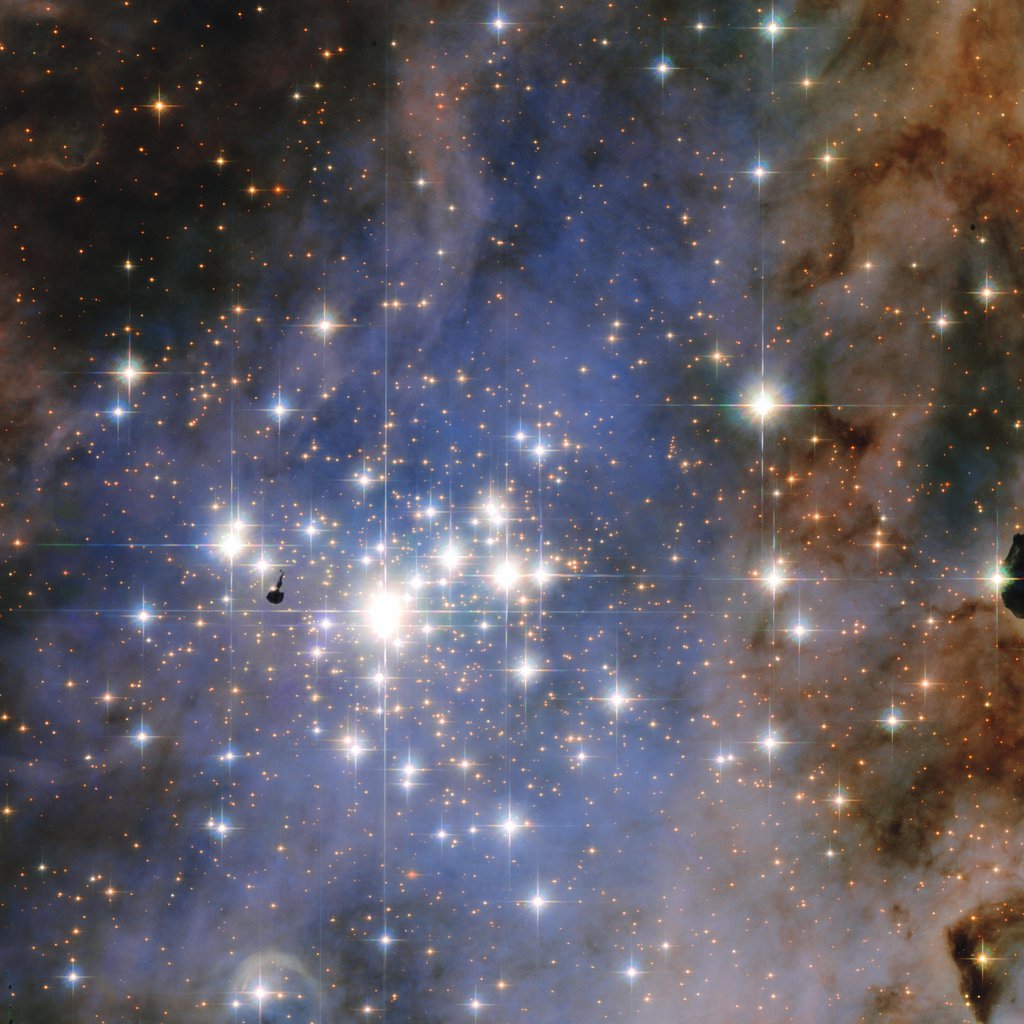 Resembling an opulent diamond tapestry, this image from NASA's Hubble Space Telescope shows a glittering star cluster that contains a collection of some of the brightest stars seen in our Milky Way galaxy. Called Trumpler 14, it is located 8,000 light-years away in the Carina Nebula, a huge star-formation region. Because the cluster is only 500,000 years old, it has one of the highest concentrations of massive, luminous stars in the entire Milky Way. (The small, dark knot left of center is a nodule of gas laced with dust, and seen in silhouette.)

Diamonds are forever, but these blue-white stars are not. They are burning their hydrogen fuel so ferociously they will explode as supernovae in just a few million years. The combination of outflowing stellar "winds" and, ultimately, supernova blast waves will carve out cavities in nearby clouds of gas and dust. These fireworks will kick-start the beginning of a new generation of stars in an ongoing cycle of star birth and death.

This composite image of Trumpler 14 was made with data taken in 2005-2006 with Hubble's Advanced Camera for Surveys. Blue, visible, and infrared broadband filters combine with filters that isolate hydrogen and nitrogen emission from the glowing gas surrounding the open cluster.