Galactic City at the Edge of the Universe 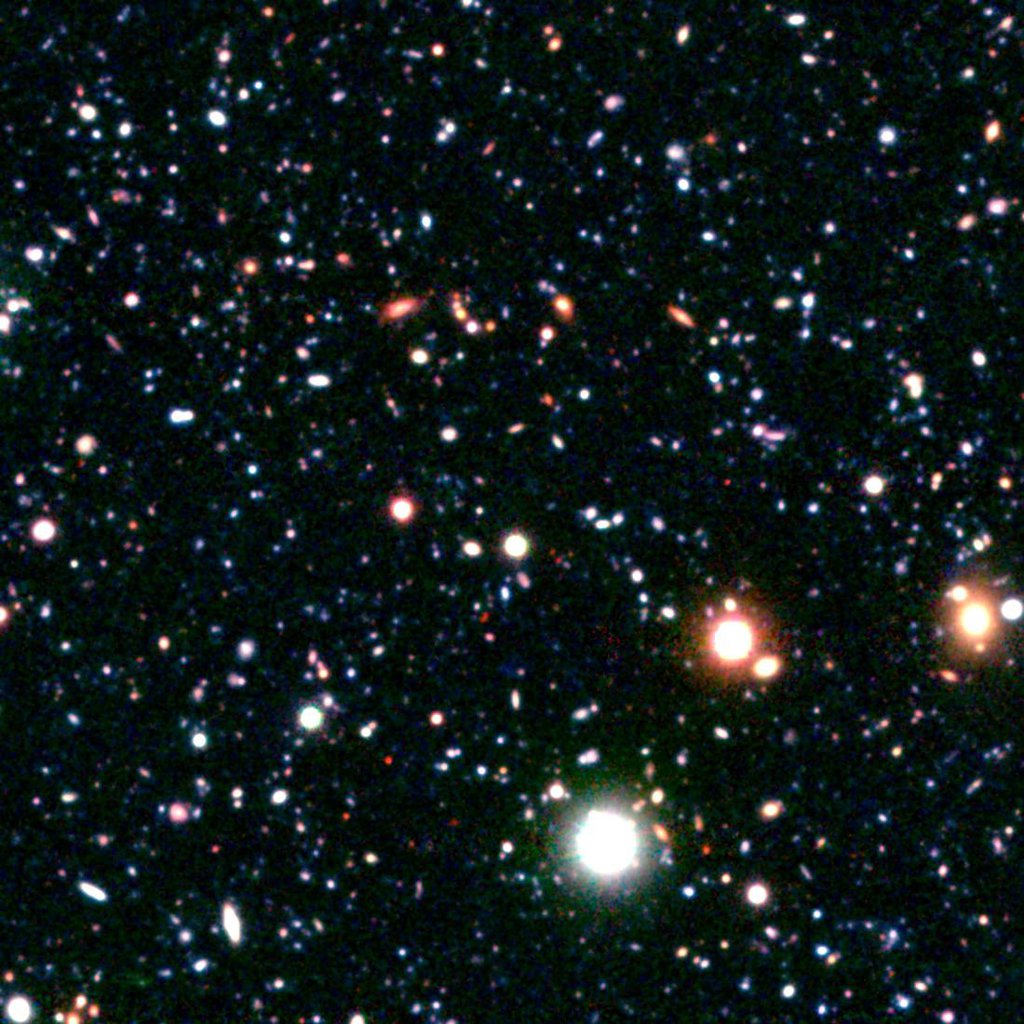 Astronomers have discovered a massive cluster of young galaxies forming in the distant universe. The growing galactic metropolis, named COSMOS-AzTEC3, is the most distant known massive "proto-cluster" of galaxies, lying about 12.6 billion light-years away from Earth. Members of the developing cluster are shown here, circled in white, in this image taken by Japan's Subaru telescope atop Mauna Kea in Hawaii. The cluster was discovered by a suite of multi-wavelength telescopes, including NASA's Spitzer, Chandra and Hubble space observatories, Subaru and the W.M. Keck Observatory, also atop Mauna Kea in Hawaii.

The other dots in this picture are stars or galaxies that are not members of the cluster -- most of the them are located closer to us than the cluster, but some are farther away. The two brightest spots are stars. Though they appear bright in this image, they are actually tens of thousands of times fainter than what we can see with our eyes.