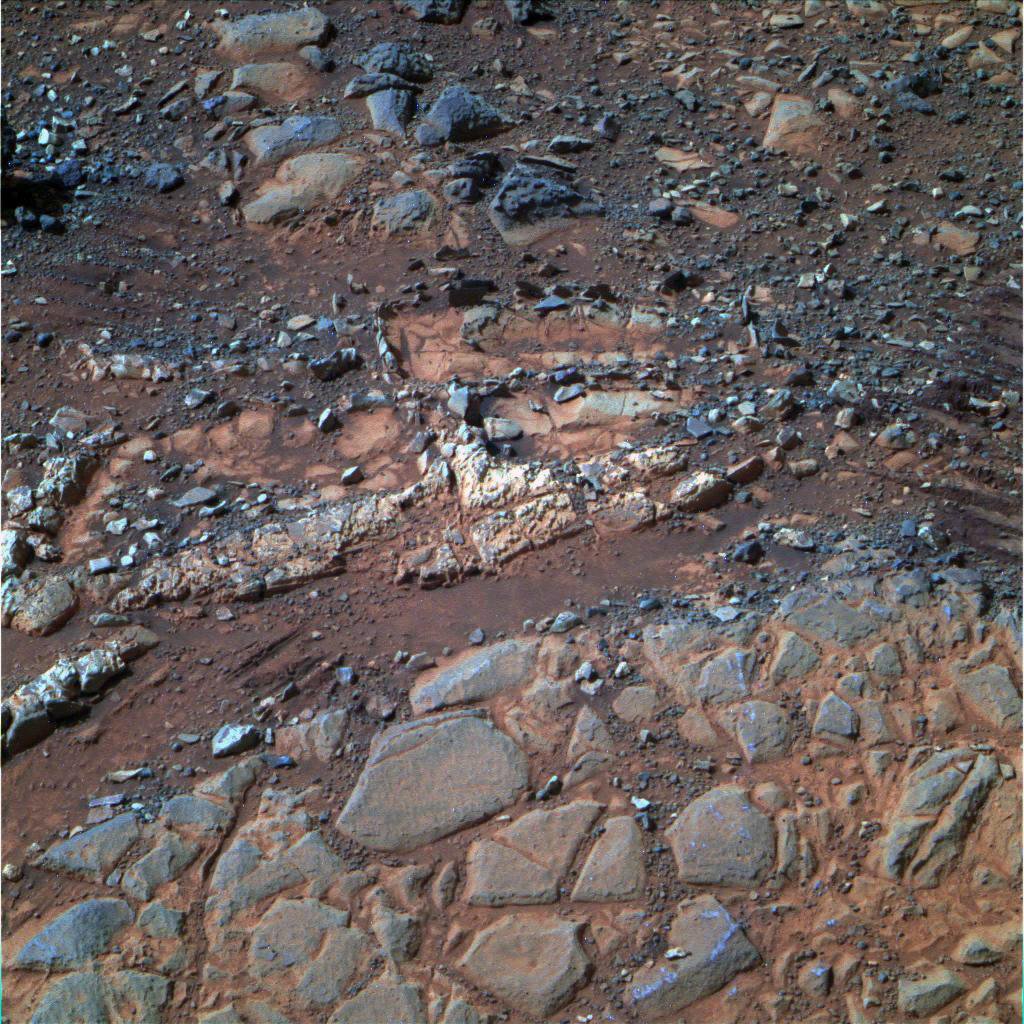 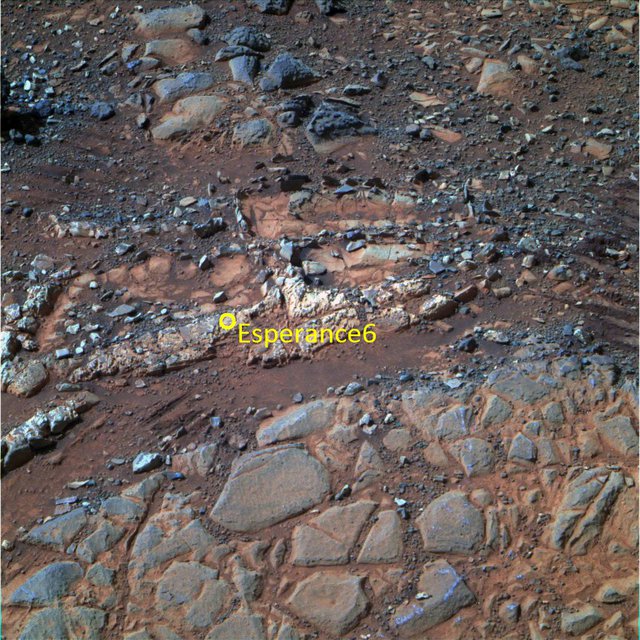 This image from the panoramic camera (Pancam) on NASA's Mars Exploration Rover Opportunity shows a pale rock called "Esperence," which was inspected by the rover in May 2013. At the specific target point "Esperance6," Opportunity used its rock abrasion tool (RAT) to remove some surface material and then used its alpha particle X-ray spectrometer (APXS) to identify chemical elements in the rock. The APXS data showed that Esperance's composition is higher in aluminum and silica, and lower in calcium and iron, than other rocks Opportunity has examined in more than nine years on Mars. Preliminary interpretation points to clay mineral content due to intensive alteration by water.

This image shows an area about 28 inches (70 centimeters) wide. It is a composite of three exposures taken by Opportunity's panoramic camera (Pancam) through different filters during the 3,230th Martian day, or sol, of the rover's work on Mars (Feb. 23, 2013). The view is presented in false color to make some differences between materials easier to see.