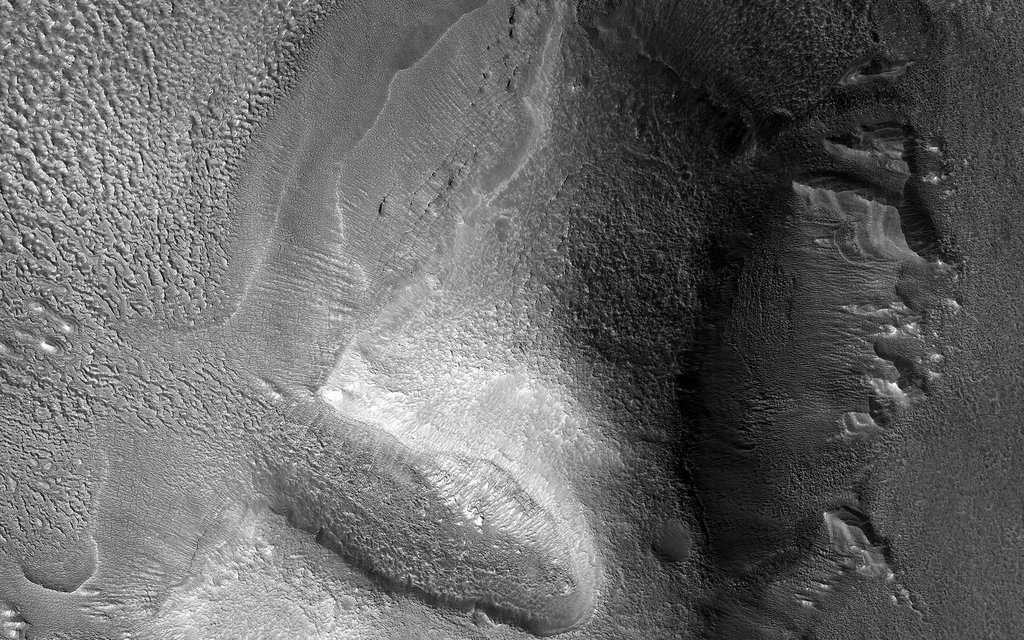 Lobate debris aprons (LDA) are commonly found surrounding dissected plateaus in the Deuteronilus Mensae region of Mars. They have been interpreted as debris-covered glaciers and radar data have shown their interiors to be composed of pure ice.

The mound in this image is slightly removed from most of the other plateaus, and the LDA surrounding it is highly degraded. The sharp scarps on the western and eastern sides of the mound indicate that a great deal of the ice once found in these landforms has since sublimated away, leaving behind these collapsed debris cliffs.