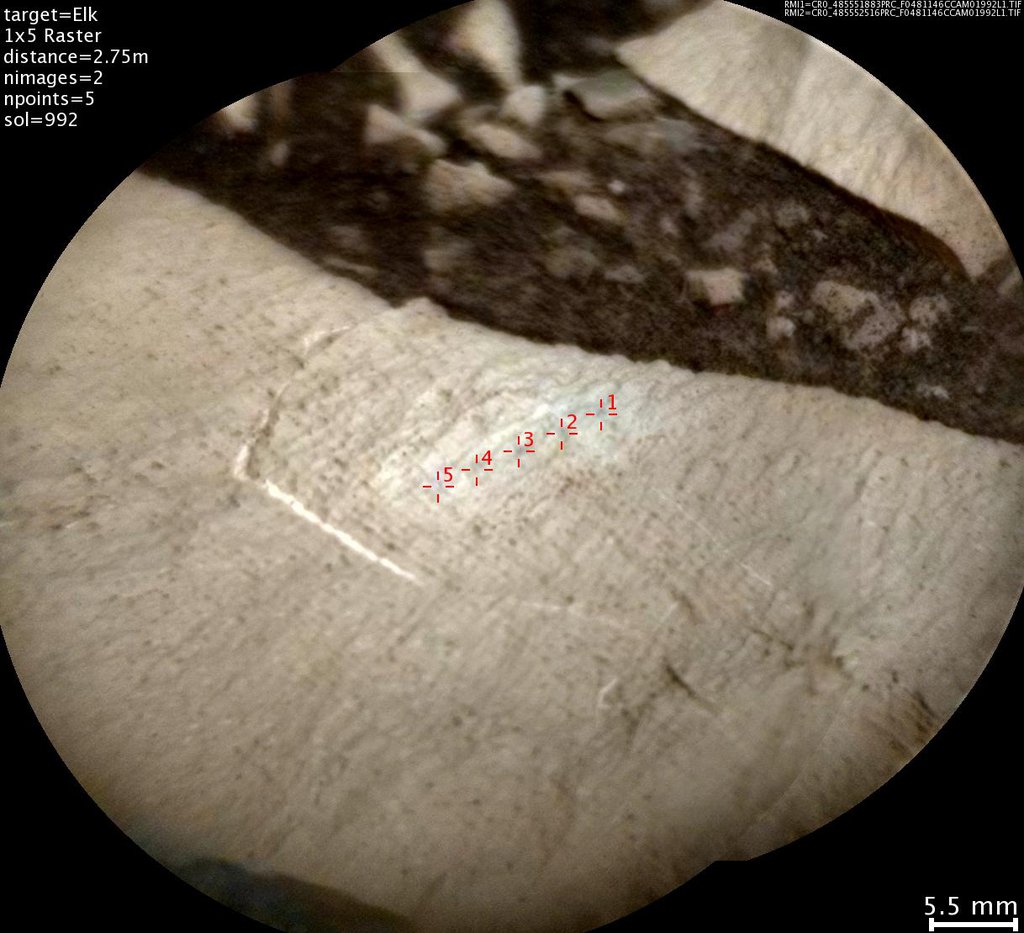 This image from the Chemistry and Camera (ChemCam) instrument on NASA's Curiosity Mars rover shows detailed texture of a rock target called "Elk" on Mars' Mount Sharp, revealing laminations that are present in much of the Murray Formation geological unit of lower Mount Sharp.

Researchers also used ChemCam's laser and spectrometers to assess Elk's composition and found it to be rich in silica.

The image covers a patch of rock surface about 2.8 inches (7 centimeters) across. It was taken on May 22, 2015, during the mission's 992nd Martian day, or sol. ChemCam's Remote Micro-Imager camera, on top of Curiosity's mast, captured the image from a distance of about 9 feet (2.75 meters). Annotations in red identify five points on Elk that were hit with ChemCam's laser. Each of the highlighted points is a location where ChemCam fired its laser 30 times to ablate a tiny amount of target material. By analyzing the light emitted from this laser-ablation, researchers can deduce the composition of that point. For some purposes, composition is presented as a combination of the information from multiple points on the same rock. However, using the points individually can track fine-scale variations in targets.

ChemCam is one of 10 instruments in Curiosity's science payload. The U.S. Department of Energy's Los Alamos National Laboratory, in Los Alamos, New Mexico, developed ChemCam in partnership with scientists and engineers funded by the French national space agency (CNES), the University of Toulouse and the French national research agency (CNRS). More information about ChemCam is available at http://www.msl-chemcam.com/.