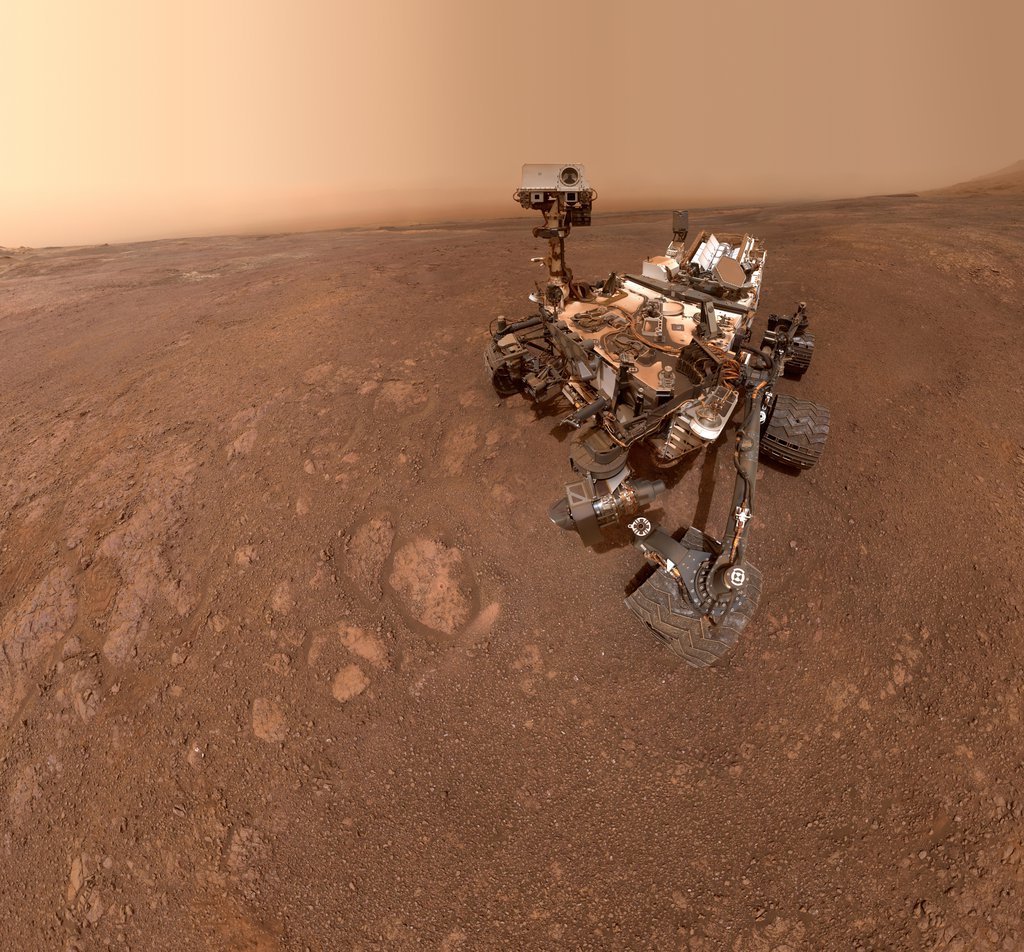 This was Curiosity's 19th drill site. The drill hole is visible to the rover's lower-left; the entire scene is slightly dustier than usual due to a regional dust storm affecting the area.

The selfie is composed of 57 individual images taken by the rover's Mars Hand Lens Imager (MAHLI), a camera on the end of the rover's robotic arm. The images are then stitched together into a panorama. MAHLI was built by Malin Space Science Systems, San Diego. NASA's Jet Propulsion Laboratory, a division of Caltech in Pasadena, manages the Mars Science Laboratory Project for the NASA Science Mission Directorate, Washington. JPL designed and built the project's Curiosity rover.