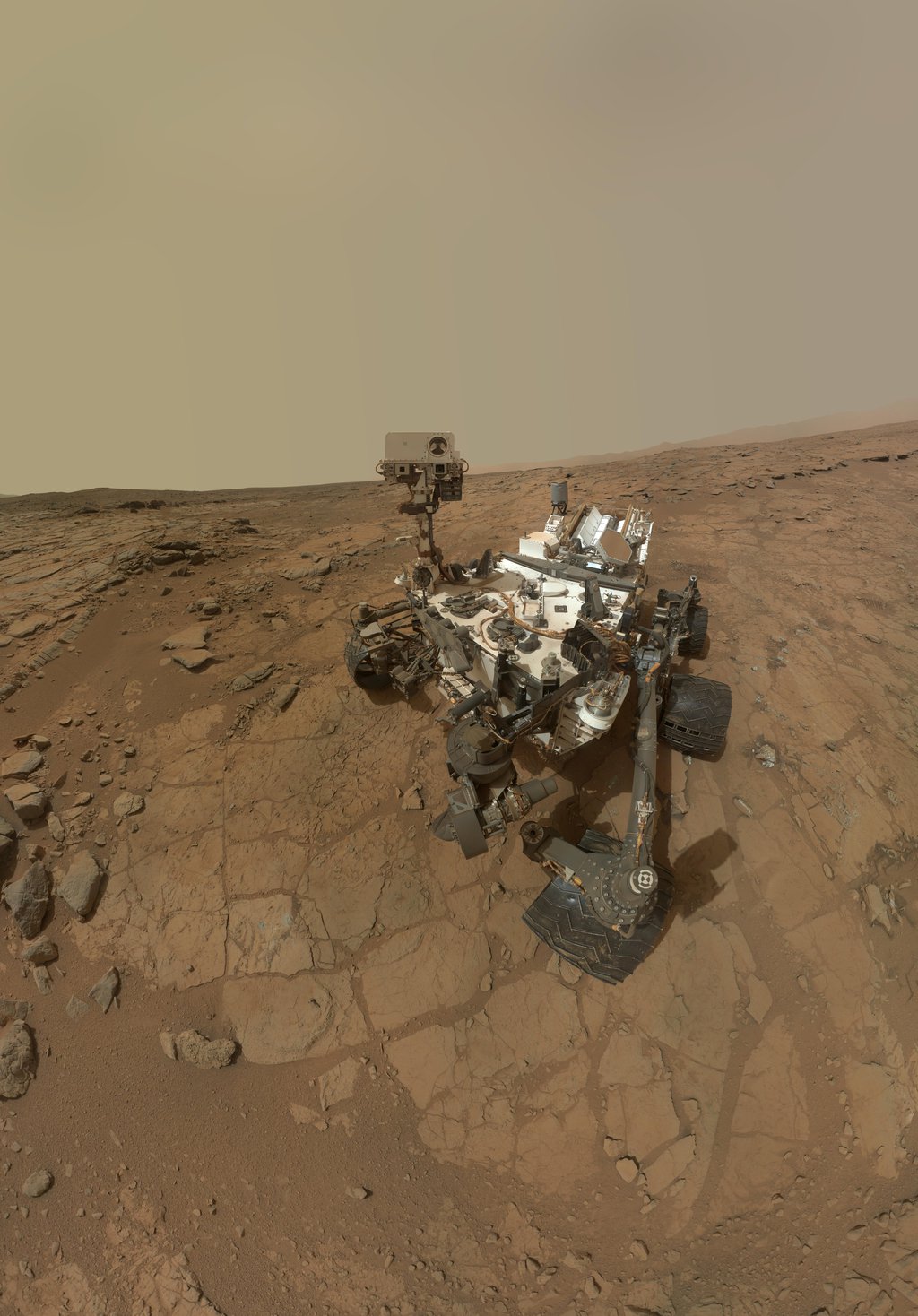 This rectangular version of a self-portrait of NASA's Mars rover Curiosity combines dozens of exposures taken by the rover's Mars Hand Lens Imager (MAHLI) during the 177th Martian day, or sol, of Curiosity's work on Mars (Feb. 3, 2013).