Celestial Cities and the Roads That Connect Them 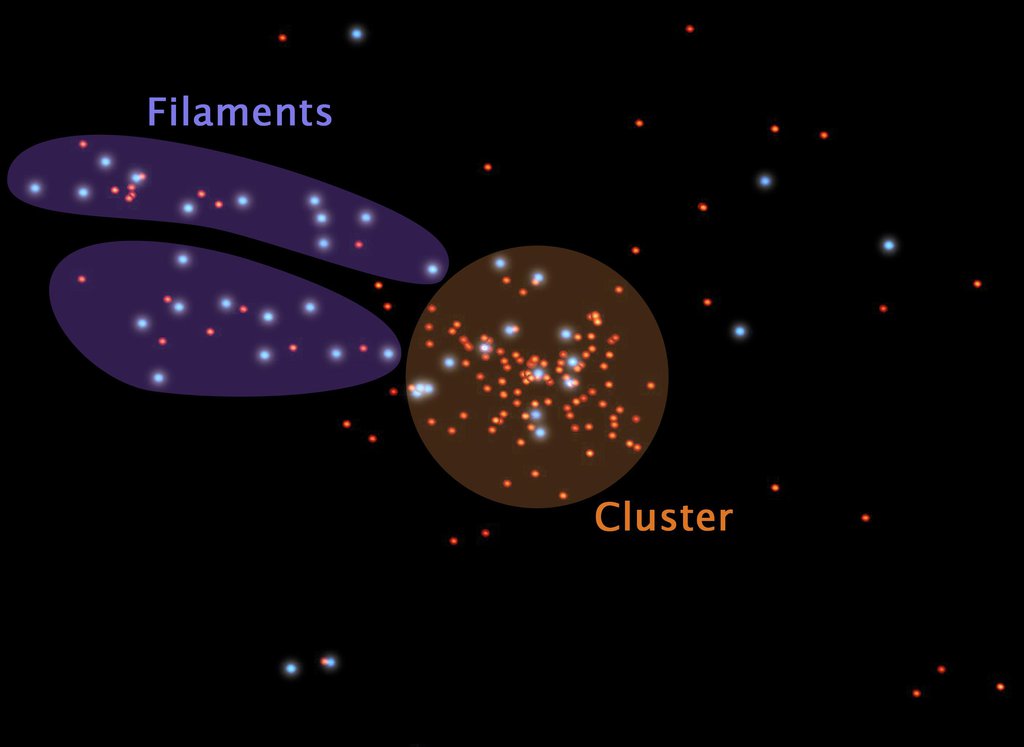 This is a representation of galaxies in and surrounding a galaxy cluster called Abell 1763. The placement of each dot is based on the actual coordinates of galaxies in the region. Blue dots are active star-forming galaxies; red dots show galaxies that are not actively forming stars.

Over time, astronomers suspect that all galactic suburbanites make their way to a galaxy cluster by way of filaments. Observations from NASA's Spitzer Space Telescope show that filamentary galaxies form stars at twice the rate of their densely clustered counterparts.