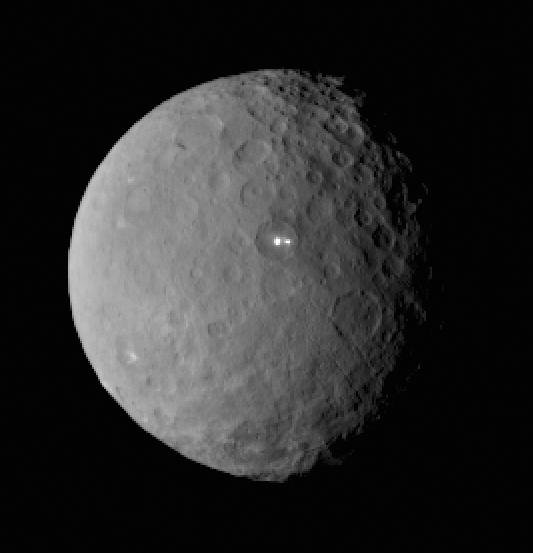 This image was taken by NASA's Dawn spacecraft of dwarf planet Ceres on Feb. 19 from a distance of nearly 29,000 miles (46,000 kilometers). It shows that the brightest spot on Ceres has a dimmer companion, which apparently lies in the same basin.