Area with Silica-Rich Target Near 'Marias Pass' on Mars 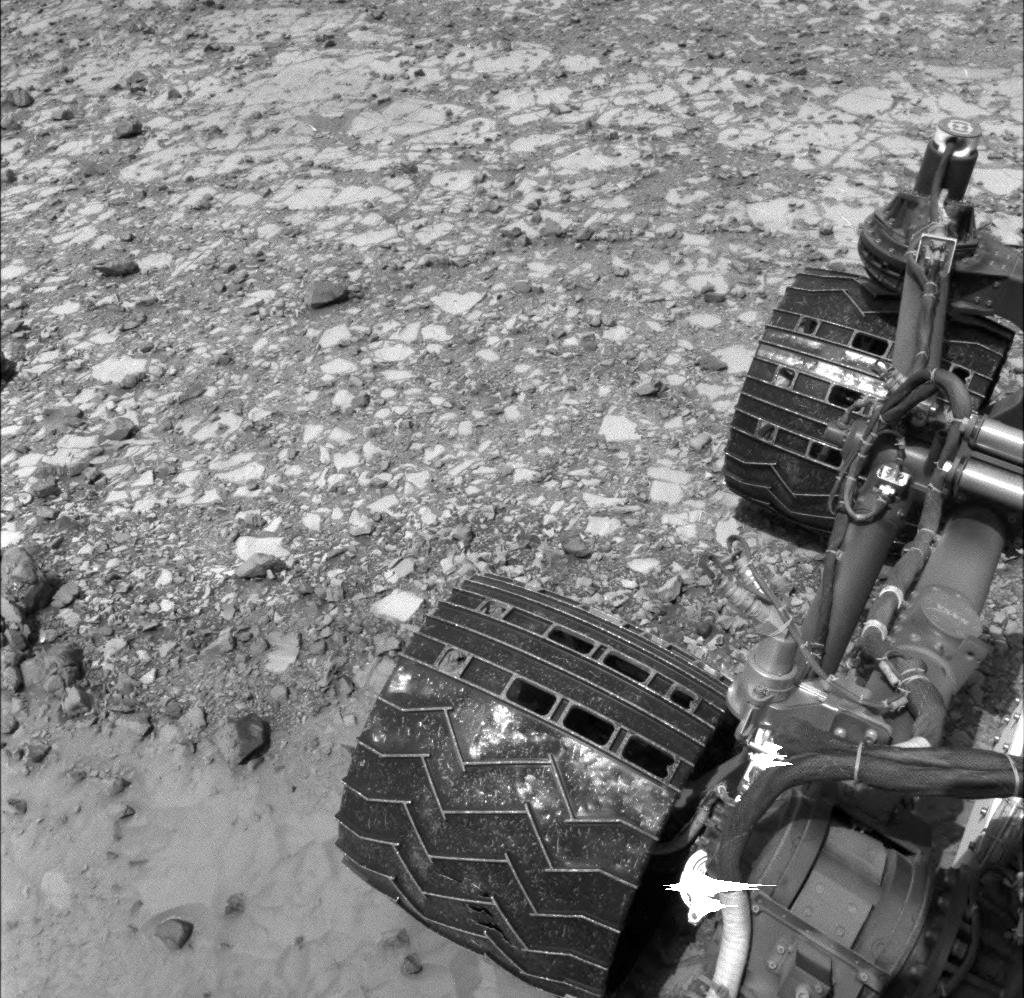 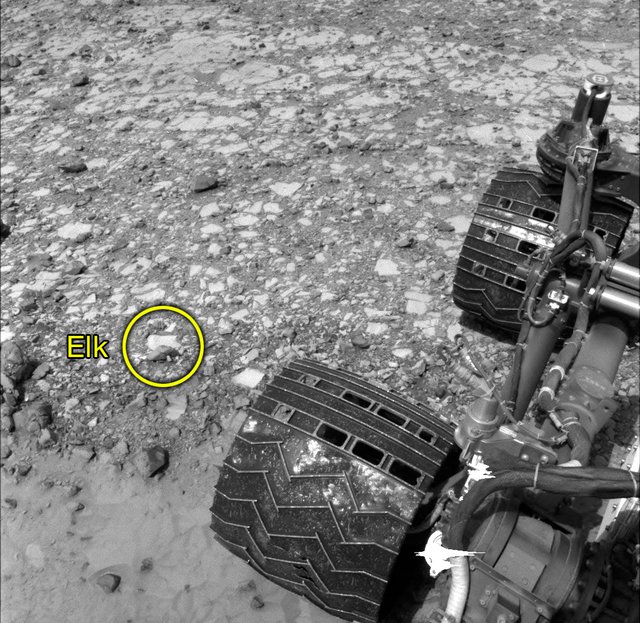 NASA's Curiosity Mars rover used its Navigation Camera (Navcam) to capture this view partway back down a slope it climbed toward "Marias Pass" on lower Mount Sharp. The image was taken May 22, 2015, during the 992nd Martian day, or sol, of the rover's work on Mars.

A rock about a wheel's width to the left of the foreground wheel in this image is a target called "Elk," where Curiosity's Chemistry and Camera (ChemCam) instrument detected a composition about 80 percent silica. Silica is a mineral-forming chemical combining silicon and oxygen, commonly found on Earth in the form of quartz, but also existing in many other forms.

NASA's Jet Propulsion Laboratory, a division of the California Institute of Technology in Pasadena, manages the Curiosity project for NASA's Science Mission Directorate, Washington. JPL built the rover and Navcam.

For more information about the Mars Science Laboratory mission and the mission's Curiosity rover, visit http://www.nasa.gov/msl and http://mars.jpl.nasa.gov/msl.