A Recent Impact in Elysium Planitia 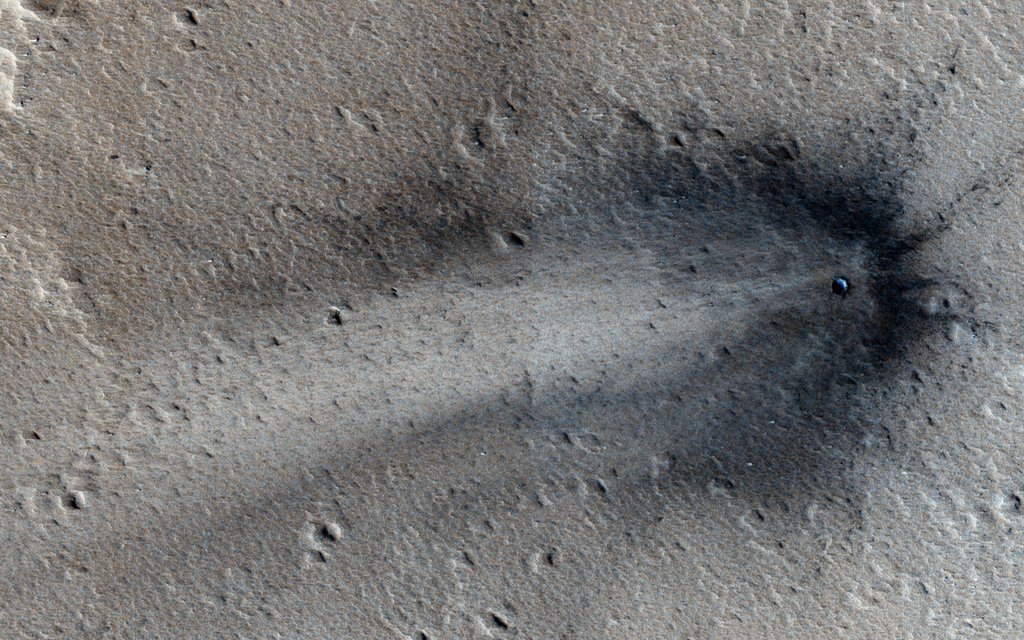 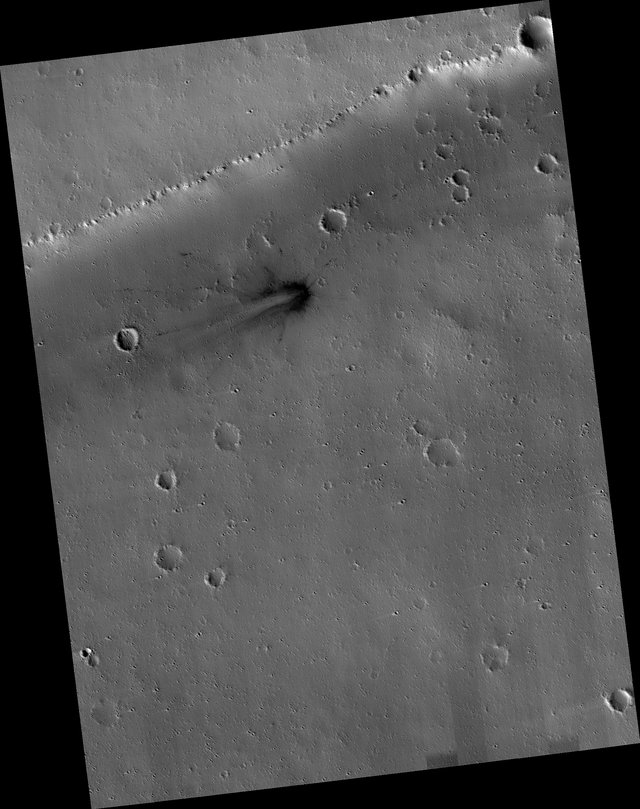 This image shows a new impact crater in Elysium Planitia that was first discovered by the Mars Context Camera (CTX, also onboard the Mars Reconnaissance Orbiter) which formed between February 2012 and June 2014. It appeared as a dark streak with multiple secondary craters, which was not seen in the previous CTX image.

The HiRISE camera commonly monitors new impacts such as these; however this is the first image of this particular impact by HiRISE.

The image shows a very distinct crater rim and ejecta that is much darker than the surrounding dust-covered terrain. The distribution of the rayed ejecta suggests that the impactor struck from the west.