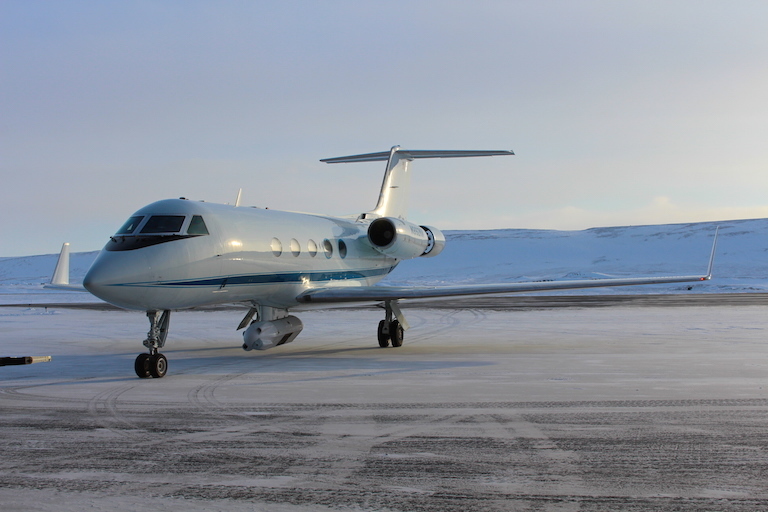 Dive into a sea of Oceans Melting Greenland data

"Get to work." The phrase stuck in my head.

I had just walked out of a two-and-a-half-hour debriefing with NASA’s Oceans Melting Greenland (OMG) Principal Investigator Josh Willis, but the whole meeting could be summed up in those three little words of his: Get to work.

It was as though he’d been ringing one of those big ol’ dinner gongs. Data! Hot off the press! Come and get your data! Calling all oceanographers, geologists, paleo-climate scientists: come and get a big ol’ helping of free data.

He made me hungry for data, too.

OMG has just returned from its second spring season. Every April for five years, just before the ice starts to melt, OMG flies a radar instrument over almost every glacier in Greenland that reaches the ocean and collects elevation measurements within a 6.2-mile (10-kilometer)-wide swath for each glacier individually so we can measure how quickly each one is thinning. That’s literally hundreds of glaciers.

“We have more than 70 of these swaths that cover a couple hundred glaciers to create new elevation maps that are high accuracy, high resolution and high quality,” Willis said.

OMG also has bathymetry data from sonar and gravimetry. And we have a year’s worth of Airborne Expendable Conductivity Temperature Depth Probes AXCTD data collected last September plus hundreds of vertical profiles of temperature and salinity taken from ship surveys. “We have temperature measurements in many glacial fjords that have never had a historical temperature profile before. And none of that data is being used to its fullest extent yet.” OMG will set the baseline so we know what the water temperatures are today, and as we look to the future, we can watch them warm. That’s huge.

I recounted all the times I’ve told someone that many parts of the ocean are still so unknown. I thought about all the times I’ve written about the OMG aircraft flying into remote, uncontrolled airspace, or researching the ocean water-ice interface around Greenland: So many of these places still nameless, still anonymous, still unidentified, still unknown. It’s mind blowing.

And somewhere in all this new data is information about the correlation between the ocean water and the ice as well as the answer to the question of how each glacier may or may not be affected by the waters offshore. “We know that warm water reaches a lot of glaciers. And there have been surveys in few places, but we’ve never had a comprehensive survey of the shelf water before,” Willis said.

OMG is mapping out the edges of glaciers and watching them change year on year on year. The mission measures glacial elevation in the last few kilometers before the glacier hits the water to see exactly how much the glacier shrank or retreated or both. In a few cases, the opposite might happen. Over a single year, a glacier might not have had as much calving or it might have slowed down, which would cause it to thicken and advance.

There are literally hundreds of glaciers to research and dozens of papers buried in that data. And anybody who wants to can sift through it and publish. “You could get a Ph.D. done really fast,” Willis added enticingly. Here are some recommendations for interesting scientific research:

Already there are four downloadable datasets right here! So, come and get it, all you hungry Ph.D. oceanographers.

I can't wait to read your papers,